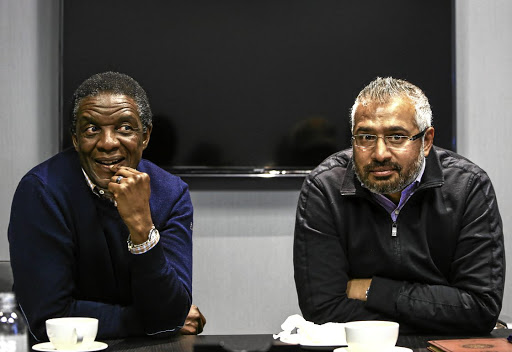 In 2019, the NPA’s Investigating Directorate (ID) obtained an interim restraint order for R1.108bn in cash, property and assets owned by Litha Nyhonyha and Niven Pillay, and ex-boss Eric Wood, either in their names, in that of Regiments, or in trusts. Pillay and Nyhonyha are the sole directors of Regiments. Wood was a director at the company until 2016 when he was removed by a resolution of shareholders.

A curator was appointed to take possession of the property and assets pending the finalisation of an application for a confiscation order.

According to the Johannesburg high court, counsel for the ID submitted that they had complied with the requirements for the confirmation of the court order. But the court noted that a prosecution had not yet been instituted against the defendants, and that proceedings against them had not been concluded.

The state alleges that individuals will face charges of fraud, corruption and money laundering.

The high court in Johannesburg has ordered that the interim restraint order against a controversial businessman's assets - worth R232m - be extended ...
News
1 year ago

“It is alleged that during their directorship in the Regiments companies they committed the offences of corruption, fraud and money laundering in relation to Transnet,” court papers read.

The state also alleges that Regiments Capital unlawfully received contracts from Transnet either directly or indirectly as a subcontractor to McKinsey. According to court papers, Transnet paid more than R1bn to Regiments companies through illegal contracts. The NPA contended that this constituted proceeds of crime.

“The NDPP says that the offences were part of the state capture project aimed at enriching the defendants, the Gupta family and their associates,” the court said.

According to court papers, Regiments denied the allegations and claimed there was no wrongdoing on their part. The company also argued that there was no basis for the NPA to obtain a confiscation order against them.

“The defendants argued that the provisional restraint order was improperly sought and obtained,” the court papers read.

Regiments' lawyers argued that the NPA had failed to disclose the settlement agreement it reached with Transnet, in terms of which the company would repay R180m. The court found that if material facts were not disclosed or misrepresented, the order would have been erroneously granted.

“It follows from what I have said that I have come to the conclusion that the non-disclosure was material,” said judge Maletsatsi Mahalelo.

She terminated the provisional restraint order.

The ID said it had noted and was studying the judgment.

Advocate Ouma Rabaji  believes she is the right person to retrieve the billions SA has lost through corruption, writes Nicki Güles
News
1 year ago

Rajesh 'Tony' Gupta and Ajay Gupta have launched an application to set aside the particulars of a claim filed by Eskom and the Special Investigating ...
News
1 year ago