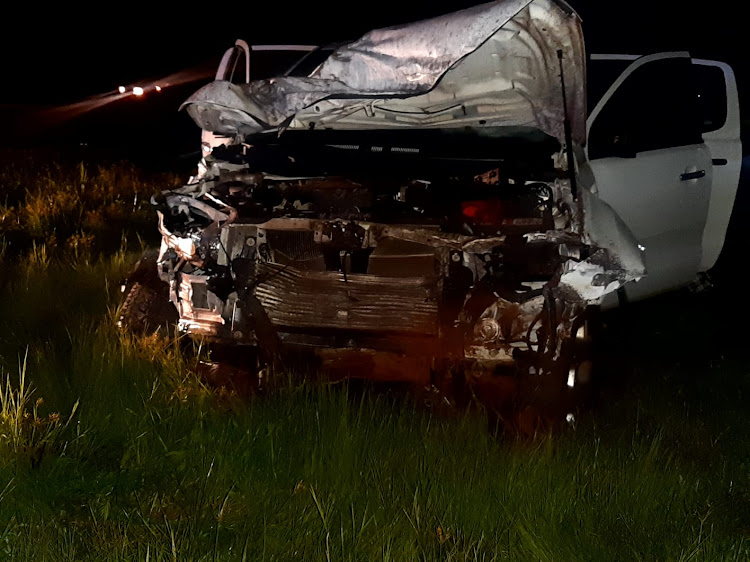 Two people were killed and four others seriously injured in a collision in Westonaria at about 11.30pm on Christmas Day.
Image: ER24

Two people were killed and four others injured in a collision in Westonaria, on the West Rand, on Christmas night.

ER24 said the incident took place on the R28.

“When ER24 paramedics arrived at the scene shortly after 11.30pm, the provincial EMS [emergency medical services] were already in attendance. Upon further assessment, paramedics found two people who had sustained fatal injuries. Unfortunately, nothing could be done for them and they were declared dead at the scene,” said ER24's Ineke van Huyssteen.

Four other people were found to have sustained serious injuries. They were treated at the scene before being transported to hospital.

“Three other patients were found walking around at the scene, but they declined to be transported to hospital,” said Van Huyssteen.

Graduate dies after falling out of moving taxi during alleged robbery

Khayakazi Tapile couldn’t hold back her tears as she spoke about her best friend, who died after she fell out of a moving taxi during an alleged ...
News
7 months ago

A family was injured and two children ejected after a boat collided with a submerged tree stump on the Vaal river on Thursday.
News
7 months ago

A 57-year-old man died when his paraglider crashed on Lion's Head in Cape Town on Wednesday afternoon.
News
7 months ago