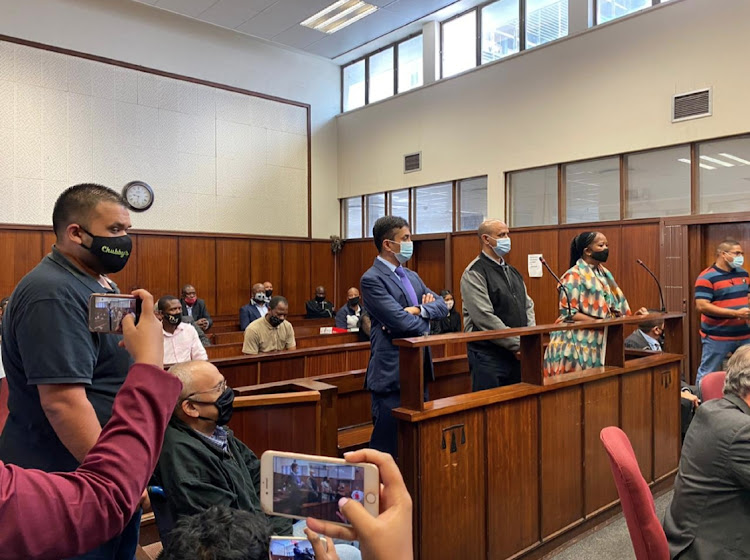 A total of 184 witnesses have been cited in the indictment of the decade-long 2010 Fifa World Cup corruption saga against Durban businessman Thoshan Panday and his eight co-accused as the state gears towards what is expected to be an explosive trial in May.

Four family members and the personal assistant of Panday have been added to the charge sheet in the ongoing corruption matter around how the SA Police Service (Saps) was allegedly captured during the 2010 Fifa World Cup through businesses belonging to Panday and his family.

The matter was scheduled to proceed in the Durban high court on Monday. However, the accused - who also include former KwaZulu-Natal police commissioner Mmamonnye Ngobeni and former policemen Ashwin Narainpershad and Navin Madhoe - were not present, in accordance with a ruling that all criminal matters would be adjourned to a new holding date due to Covid-19 safety protocols.

The matter was adjourned to May 21.

According to the indictment, five more people have been implicated and charged in the matter, including Panday's mother, wife and sister.

Acc 4 - Thoshan Panday, 48 - Durban businessman who is the director of Goldcoast Trading CC and Unite Mzansi Trading and Projects CC.

According to the indictment, all of the accused are alleged to have participated in corrupt activities through, be it directly or indirectly, a series of payments linked to Panday and his two companies - Goldcoast Trading CC and Unite Mzansi Trading and Projects CC.

Panday, through his companies, is alleged to have been unlawfully appointed to procure accommodation for Saps' Operational Response Service (ORS) during the 2010 Fifa World Cup.

He is accused of being the ultimate decision-maker who was primarily responsible for facilitating transactions between the Saps, himself, and the other accused and other involved people and entities.

Panday, together with members of his family, are accused of fraud in that they allegedly arranged a series of cover quotes while working with Narainpershad and Madhoe - who held positions in the supply chain management services in the office of the provincial Saps commissioner in KZN - being awarded 166 contracts related to the World Cup.

The charges against the accused total more than R47m in fraud and corruption.

Ngobeni stands accused of corruption in that she allegedly accepted payments of almost R21,000 from Panday in May 2010 pertaining to a surprise birthday party for her husband Brig Lucas Ngobeni at the Royal Palm Hotel Dish Restaurant in uMhlanga.

His co-accused are also charged with hundreds of counts similar to those of Panday.

The five additional accused are expected to appear in the Durban magistrate's court on May 7, where they are set to be officially charged before the matter proceeds to the high court 14 days later.

In November, Sunday Times Daily reported on a scathing 57-page letter, which fingers the people who declined to prosecute Panday on three separate corruption cases. The letter was penned by former director of public prosecutions in KwaZulu-Natal advocate Moipone Noko and was sent to NPA boss Shamila Batohi.

Last year the state capture inquiry heard how Panday allegedly captured top police officials before the 2010 World Cup. This was detailed by PricewaterhouseCoopers (PwC) auditor Trevor White, who testified at the inquiry.

In what has been a decade-long case, the state revealed on Tuesday that it was seeking a racketeering certificate after a sitting with Shamila ...
News
1 year ago