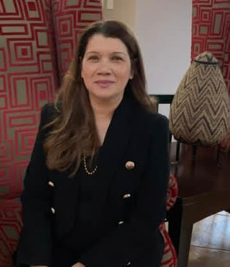 Land Claims Court judge Zeenat Carelse was on Wednesday interviewed as a candidate for the Constitutional Court.
Image: SCA

Land Claims Court judge Zeenat Carelse says land restitution legislation currently allows for expropriation of land with “nominal” or zero compensation “but no such case has been brought to the court”.

Responding to questions on Wednesday during her interview before the Judicial Service Commission (JSC) for one of five vacancies on the Supreme Court of Appeal about whether there was a compelling case to amend the Constitution, she said: “We are empowered to expropriate without compensation. That is my interpretation.”

EFF leader Julius Malema interjected: “Since you agree we can, will it cause any harm to make that explicit in the constitution?”

Carelse said it would cause no harm.

She lamented the lack of resources for  the court, and the fact that it has no permanent judges.

“It is under-valued. The work it does is to right the wrongs of the past. Yet no-one cares about it. We [the court] are trying to fix things.”

She said one of the issues was the imbalance of resources between litigants. Land owners generally had far more experienced lawyers.

Another issue was the length of time it took for matters to be brought to court.

KwaZulu-Natal premier Sihle Zikalala said at the weekend that ongoing tensions between farmers and workers was endemic in many parts of the province.
News
1 year ago

“We only deal with matters when there is a dispute. The history is out of the court’s control.

Carelse has 27 years’ experience in law, starting as a prosecutor and then a magistrate. She was appointed to the Gauteng high court 12 years ago and it is during this time she served on the Land Claims Court.

She has served three terms as an acting judge on the Supreme Court of Appeal (SCA).

While sitting as a judge in Gauteng, she was responsible for a “seminal judgment” which changed law in sentencing in rape cases, ruling — contrary to a previous SCA decision — that in a case of gang rape, where only one accused was before the court, the accused could be sentenced to life imprisonment rather than 10 years.

She said while researching for her judgment “I had sleepless nights” and she struggled for three years to get it reported in law reports.

There was no appeal against it “and the lower courts, previously conflicted on the issue, were very happy”.

In another of her cases, she ruled that a poor grandparent, who had a duty of care to her grandchildren, was entitled to a foster care grant which led to a change in law.

She said her experience as a prosecutor and magistrate had grounded her and taught her to treat people with dignity.

“I worked in Mitchells Plain. People were very poor. Women would come desperate for access to justice. You need to phone Legal Aid for them. I still have those habits. If litigants are destitute and they are not going to cope, I call Legal Aid to fetch them from my chambers and help them.

“You cannot sit in an ivory tower.”

Regarding allegations of bullying at the SCA, she said she had one unpleasant experience when a colleague had intimated to her that she had not done a good job on a judgment, and that he had amended it to the extent that his name should be added to it.

“I was insulted,” she said. “I took it up immediately and it was resolved by the president of the court, judge Mandisa Maya. She takes the bull by the horns. The court is a very different, more collegial place than it was when I first sat there in 2018.”

Supreme court justice says even when competent women apply for the ConCourt, they don’t get the nod
News
1 year ago