Gauteng infrastructure and development MEC Tasneem Motara could not commit to a deadline for a complete opening, other than “it would not take long”. 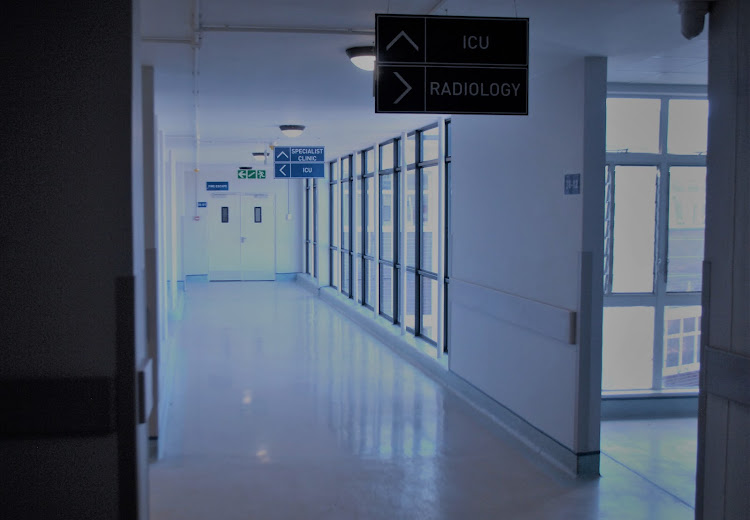 As Gauteng on Friday recorded 11,777 new Covid-19 infections, the highest ever since the outbreak, the AngloGold Ashanti Hospital in Carletonville — which lay dormant for 15 months — had two days earlier received its first five patients.

But after the handover of 80 of the 181 beds, Gauteng infrastructure and development MEC Tasneem Motara could not commit to a deadline for a complete opening, other than “it will not take long”.

Her infrastructure department met contractors on Wednesday and Thursday to iron out the issues and pledged to encourage the main contractor to fulfil his obligation to pay his workers.

But even if more beds become available for use, staffing is an issue.

“I am assured by the health MEC they are doing everything in terms of recruitment of staff,” said deputy health minister Joe Phahla.

Tangled in a confusing web of contracts, disputes and mismanagement, SANDF hospitals fall ever more into disrepair
News
10 months ago

Conducting a site visit on Friday, its corridors were almost empty as only a handful of staff had been secured to work at the hospital.

“I am impressed with what I have seen. It is a good investment. Clearly this place has been well upgraded with all the necessary capacity to supply ventilators and oxygen. It’s a facility that will add a lot of capacity to Gauteng,” said Phahla.

Health MEC Nomathemba Mokgethi confirmed the recruitment was under way but once it was fully operational, it would have 125 staff members. She said there were now 63 staff members including clinicians and admin support.

“We have agreed as a province that for nurses and clinicians, we will approve walk-ins (people bringing CVs) but for all other categories, positions will be advertised,” Mokgethi said.

“The department said we can only use 80 beds because that is the section that is 100% compliant.”

Two of the three hospital wings are yet to reach standards of compliance.

President Cyril Ramaphosa says the Gauteng health department is recruiting additional human resources to help with the increased workload at ...
Politics
10 months ago

The CEO of nearby Carletonville Hospital, Sonwabile Lindani, said they had decided it was time to start using the Anglo facility after the startling Covid-19 numbers that were recorded that day.

It was patients transferred from his strained hospital that had got the ball rolling on operations at Anglo.

Mokgethi confirmed that it was Wednesday’s numbers of 10,806 infections that pushed them to opening the hospital.

“Remember, we did not have pressure in Gauteng. So immediately when we saw that Leratong is having pressure and Yusuf Dadoo Hospital in Krugersdorp, we opened. When we realised that the numbers are going up and we have staff that was recruited to assist with the second wave who were allocated to Carletonville and Leratong, we decided to open,” said Mokgethi.

At that point, Leratong was referring its patients to Carletonville which could not take in any more patients.

Mokgethi said Yusuf Dadoo had been facing strain, particularly because it was taking patients from Helen Joseph Hospital who had been brought in from the fire-ravaged Charlotte Maxeke Academic Hospital.

The decision to open, however, she said, was not taken by them as politicians, but by clinicians.

“They had their meetings, realised there was pressure ...  and decided to start operationalising Anglo Gold. They then informed me on Wednesday that they will start admitting their first patients,” she said.

The handful of staff that was there on Friday had been brought in from other hospitals.

“A large number of staff here come from Carltonville Hospital while some are from Merafong Clinic. We had staff that we had hired for Covid-19 so we using them here, including some of our permanent staff,” said Lindani.

‘Our mental health is in shreds’: Gauteng nurses drowning in third wave

As they are overwhelmed by overflowing wards and staff shortages, they beg for a stricter lockdown in the province
News
10 months ago

Mokgethi said they hoped the opening of the facility would ease the burden on other West Rand facilities, particularly from Dr Yusuf Dadoo Hospital and Leratong Hospital.

Motara said the R460m spent — which was way below the R560m they had been allocated for the refurbishments — was all necessary.

“It was a hospital built for the mining community at the time but it was not up to the current building standards and it was not adequate for high care or ICU. We had to do a lot of changes and renovations.”

The renovations included removing asbestos roofing, adding air conditioning, water tanks, building a mortuary, creating a waste area and adding partitions to the hospital. More ablution facilities had to be added, along with showers, kitchens, sluice rooms, office spaces, donning and docking areas. They also had to create waiting areas and administration blocks.

While the R460m budget may seem hefty, Motara said building a new hospital, particularly in the same area, would not have been financially viable.

“We would have had to start by doing land rehabilitation because of the dolomite before we even began building,” she said.

Among the other things that the department was yet to finalise was the documentation. The hospital is on a free lease from Harmony which bought the operations from Anglo Gold Ashanti, “but due to the confidentiality restrictions in the lease agreement, we cannot disclose the nature of the terms”.

Gauteng premier David Makhura announced on Thursday that some blocks at Charlotte Maxeke Hospital which were untouched by a recent fire will reopen.
News
10 months ago

Tangled in a confusing web of contracts, disputes and mismanagement, SANDF hospitals fall ever more into disrepair
News
10 months ago

Fact check: 'No, 26 doctors are not admitted in ICU at Milpark' — Netcare

Netcare has refuted claims that 26 doctors have been admitted to its Milpark hospital’s ICU.
News
10 months ago