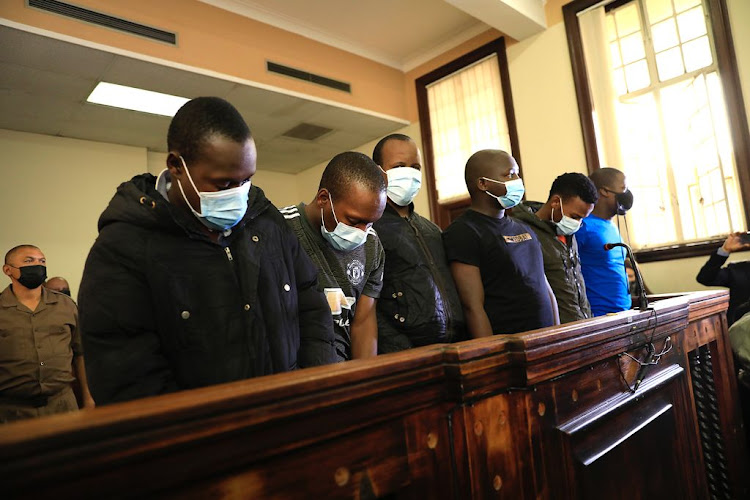 A lack of consultation time between lawyers and six men accused of murdering Gauteng health department whistle-blower Babita Deokaran led to the postponement of their bail application on Monday.

Their lawyer, Shafique Sarlie, argued before magistrate Simon Sibanyoni that he had only been able to consult twice with his clients since their first court appearance last month.

“The correctional services department only allows consultations between lawyers and their clients on a Friday and then only between 10am and 2pm, with consultations usually starting an hour late,” he said.

“The consultations are done through bulletproof glass via intercoms. Using interpreters under these circumstances is incredibly difficult.” 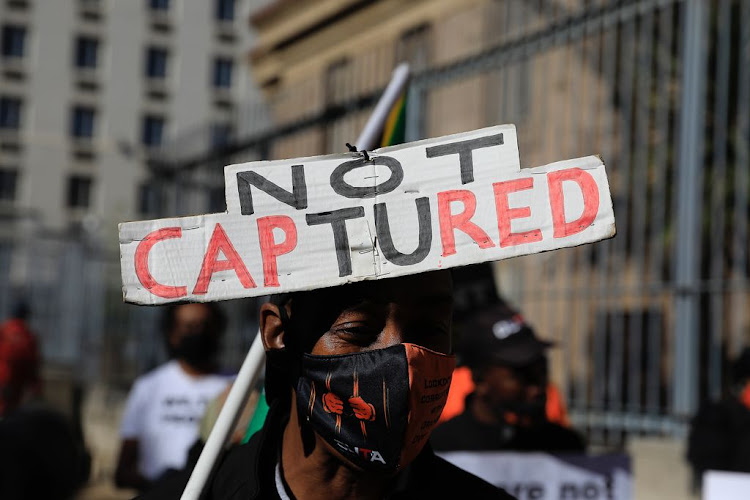 Placard-waving protesters from the Organisation Undoing Tax Abuse (Outa) and ActionSA protested outside the courthouse calling for bail to be denied.
Image: Alon Skuy/Sunday Times

Sibanyoni postponed the bail application until October 1 and October 5.

National Prosecuting Authority spokesperson Phindi Mjonondwane said the state was prepared for the bail application. “This postponement is not a problem for us. It will give us time for any extra work that needs to be done.”

At the time of Deokaran's death, she was working within the department’s financial office and was a witness in a Special Investigating Unit’s probe into R332.5m worth of alleged Covid-19 PPE tender procurement irregularities.

Placard-waving protesters from the Organisation Undoing Tax Abuse (Outa) and ActionSA  protested outside the courthouse calling for bail to be denied. 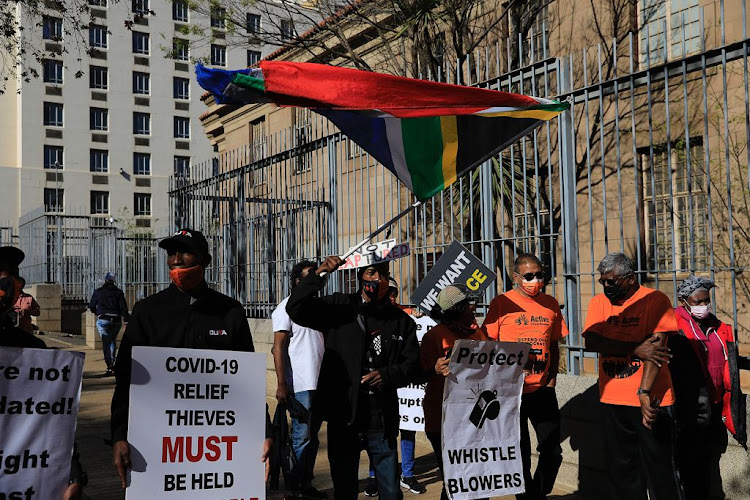 A group of protesters outside the Johannesburg court where six suspects were appearing in connection with the murder of Gauteng health department whistleblower Babita Deokaran.
Image: Alon Skuy/Sunday Times

Babita Deokaran murder: ‘A lot will come out’ during bail hearing

The assassination of Babita Deokaran, the linchpin in a Special Investigating Unit probe into corruption in the Gauteng government, has spotlighted ...
Opinion & Analysis
4 months ago