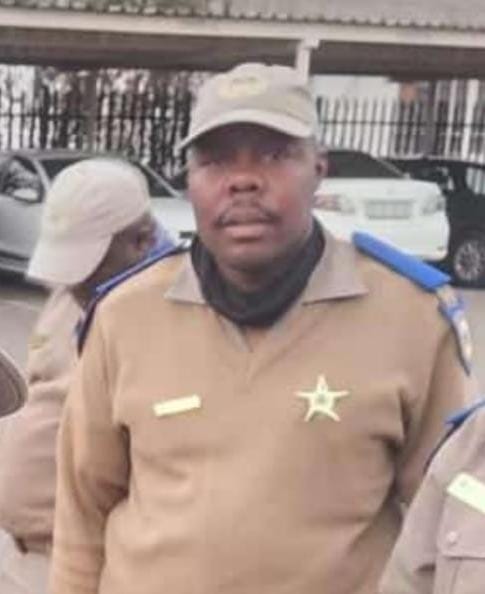 Officer Moses Nose Mathebula, who was deployed at the Vereeniging regional offices, died while conducting a roadblock aimed at road safety, checking the fitness of drivers and roadworthiness of vehicles.
Image: Supplied

A Gauteng traffic officer died after an alleged unroadworthy taxi crashed into a roadside checkpoint on the R551 on Wednesday morning.

Officer Moses Nose Mathebula, who was deployed at the Vereeniging regional offices, died while conducting a roadblock aimed at road safety, checking the fitness of drivers and roadworthiness of vehicles.

According to Gauteng community safety MEC Faith Mazibuko, reports from the scene indicated that the taxi was in the queue of the vehicles approaching the operational area when the driver allegedly failed to stop in time due to brake failure.

“The taxi driver is reported to have tried to swerve onto the left shoulder to avoid other stationary vehicles that were in the queue, then pulled back on the road and crashed into the officer,” Mazibuko said.

Mathebula was rushed to Clinix Naledi-Nkanyezi private hospital but died on arrival.

The taxi driver was arrested and detained at De Deur police station in Sedibeng, Mazibuko said.

She said the driver has been charged with reckless and negligent driving, possession of an unroadworthy vehicle and culpable homicide.

“It is heartbreaking that a Gauteng traffic police officer lost his life in the line of duty, due to negligent and reckless driving and the use of an unroadworthy vehicle by a taxi driver.

“Officer Mathebula paid the ultimate price in a tragic accident while trying to ensure the safety of Gauteng road users. His selfless service must continue to inspire all law enforcement officers to continue doing their jobs with diligence and commitment.”

'Heartbroken': two burnt in N1 tanker crash were about to start new jobs

Two men killed in a horrific tanker crash on the N1 northbound in Johannesburg this week were on their way to a mine in Limpopo to start new careers.
News
3 months ago

A truck driver was fighting for his life in hospital after being ejected from his vehicle in a horrific crash on the N1 highway on Wednesday night.
News
3 months ago