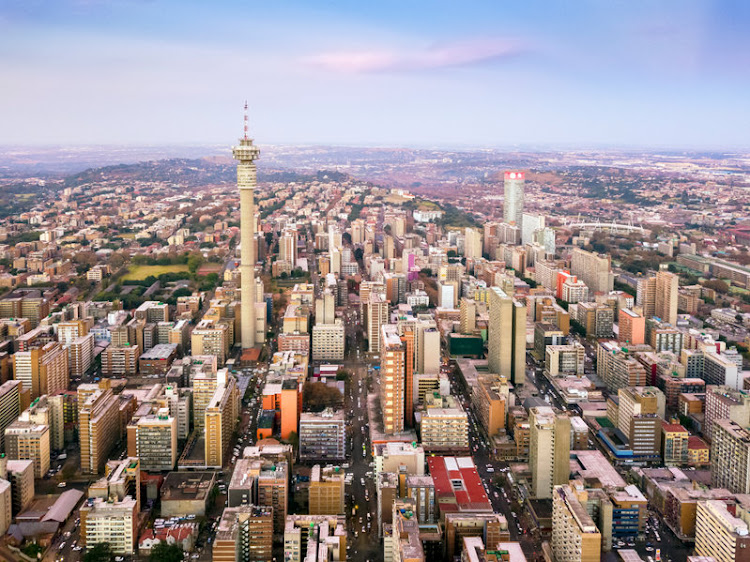 A Wits University study say poor intergovernmental relations and tensions during the first wave of the Covid-19 pandemic in Gauteng resulted in nonsensical regulations and guidelines that negatively influenced the implementation of the Covid-19 response.
Image: 123RF/eunika

When the Covid-19 pandemic hit different parts of the world early last year healthcare workers were repeatedly praised for their "heroic" work as they risked their own lives while battling the virus on the front lines.

But a new local study done in Gauteng has found that while healthcare workers may have received praise in different parts of society, they certainly didn’t receive this admiration from health bureaucrats and politicians — instead they felt underappreciated and sidelined when it came the Covid-19 response.

In a first study to explore the Covid-19 health system response at a provincial level, interviews with front-line healthcare workers, senior managers, academics, unions and the private sector revealed tensions in intergovernmental relations and problems created by a hierarchical, top-down approach that did not consider the views of healthcare workers and hospital managers.

Those in the private health sector commented on the lack of discussion on contracts, with perceptions of rigidity and a highly-centralised approach  that resulted in confusion or duplication of roles.

Wits University researchers said these poor intergovernmental relations and tensions during the first wave of the pandemic resulted in nonsensical regulations and guidelines that negatively influenced the implementation of the Covid-19 response both at clinic and hospital levels.

Though study participants expressed appreciation for the additional funding, digital innovations and staff appointments as part of the Covid-19 response, many were concerned about the insufficient focus on the health workforce.

“Doctors are burnt out, nothing you do really is recognised, morale is low, and there is poor support ... it is a very draining emotional experience,” said one of the clinicians interviewed as part or the study.

“We should have been involved in discussions around how oxygen will be supplied to the [Covid-19] tent, and that is a problem ... sometimes you run out of oxygen during resuscitation,” said a clinician from one of Gauteng’s central hospitals.

While Gauteng’s innovative Covid-19 response, which was aimed at saving both lives and the economy and produced provincial modelling during the first wave, had been commended, the study revealed contestations about the modelling process, which produced an overestimate of Covid-19 cases. These estimates influenced subsequent provincial decisions such as the establishment of field hospitals.

The National Institute for Communicable Diseases reported an additional 36 Covid-19 related deaths and 24,785 new cases in SA on Thursday.
News
5 months ago

Researchers noted that the pandemic not only exposed and amplified weaknesses of the health system, but it also “reflected in the corruption on personal protective equipment, poor data quality and inappropriate decisions on self-standing field hospitals”.

Apart from poor intergovernmental relations, which resulted in the fragmented communication and weak messaging between national, provincial and local government, another major weakness of the Covid-19 health response in Gauteng was the damage caused by the virtual shutdown of the public healthcare system for essential health services such as HIV and tuberculosis services, including maternal and child health that resulted in needless deaths.

As a result of a halt in child health services there, the study noted that there was a 25—50% reduction in children's vaccinations — creating a risk of other infection outbreaks such as measles.

But even more damaging had been the widespread reports on corruption in the procurement of personal protective equipment (PPE). Those interviewed in the study reported PPE corruption scandal as a painful experience, “which overshadowed the achievements and strengths of the Covid-19 response in the province”.

Participants believed that corruption is entirely preventable, “and the weaknesses of existing systems, with a lack of checks and balances, created the perfect opportunity for corruption”.

“They pointed out that a combination of centralised procurement, lack of transparency, lack of accountability, failure to prioritise societal interest above self-interest and a failure to identify risks contributed to the alleged corruption.”

Lead researcher Prof Laetitia Rispel noted that the Covid-19 pandemic has highlighted the importance of strengthening the disaster management system in the country, with enhanced surveillance that would respond swiftly and effectively.

But an immediate response to a pandemic could be separated from the long-term strengthening of the healthcare system in Gauteng.

“Although strong systems are essential, changing the organisational culture is equally important. This will require investment in people, confronting dysfunctional or weak management, fostering staff agency and accountability, and rewarding ethical and professional conduct,” she said.

“A bottom-up approach, investing in and partnering with communities, civil society and other stakeholders will strengthen relationships, ensure ownership of solutions and reduce resistance to change ...”

SIU to hand Covid-19 corruption report to Ramaphosa by Friday

'They stopped me from fighting corruption,' says axed health official

When are experts predicting the fourth wave of infections?

Government is preparing the health system for a resurgence in infections by stocking up on oxygen supply, ventilators, beds and personal protective ...
News
6 months ago