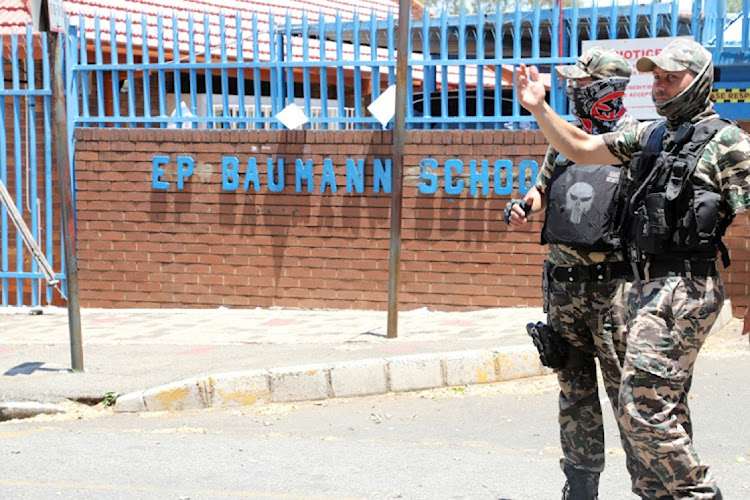 The 11-year-old girl who was kidnapped in front of the EP Baumann Primary School in Mayfair, Johannesburg, in November has been found.

Police spokesperson Lt-Col Robert Netshiunda confirmed on Wednesday that the girl had been found, but could not elaborate until she had been processed by authorities. He was unable to comment on her health as she was being checked for mental and physical ailments.

He said she was found on Tuesday night.

“According to information at our disposal, the pupil’s mother received a call from police this morning asking her to fetch her child at the police station.

“We are delighted to receive the good news about the safe return of this girl pupil. We will avail our psycho-social unit to provide additional counselling to her, given the trauma she has faced,” Lesufi said.

The child was kidnapped on November 17 after she was dropped off at school.

As was protocol at the time, she was waiting in line to be sanitised and have her temperature checked in compliance with Covid-19 regulations when men brandishing AK47s called her name.

She looked up, identifying herself, and was carried to a Toyota Yaris which sped off.

Councillor Rickey Nair on Wednesday morning said it was great news. He said he had heard from the police that they had a strong lead in the case.

A security camera focused on the upper gate of the school in Mayfair, Johannesburg, is in a prime position to have captured the exact moment when ...
News
5 months ago

IN PICS | Mayfair residents shocked after kidnapping of schoolgirl

Residents were left in shock after a pupil from EP Bauman Primary School in Mayfair, Johannesburg, was kidnapped on Wednesday.
News
5 months ago

'A lot less is needed to orchestrate a kidnapping - as long as you have a telephone and get your homework done, you can snatch a victim and name your ...
News
5 months ago

Cold cases that left families with more questions in 2021

It is two years since the fatal Melville drive-by shooting in the early hours of New Year’s Day.
News
4 months ago