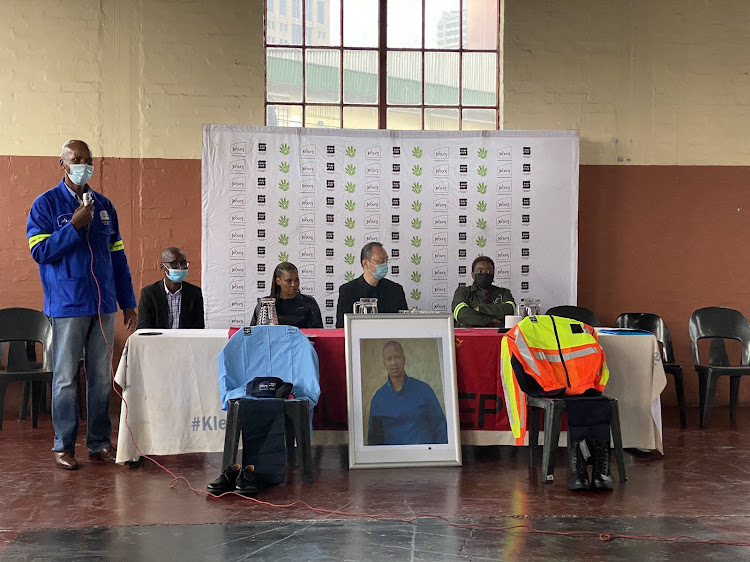 Four security guards were shot dead and another was wounded but died in hospital.

A memorial service was held on Wednesday for one of the guards, Bonginkosi Ngcamu.

“The team that he [Ngcamu] was working with are traumatised, but we have arranged counselling for them,” landfill site security risk manager Tommy Sigauke said.

“You can see when you talk to them every day that the morale is down. Personally, I was hurt as a manager and I am still sad and shocked. We received counselling to try to deal with this matter.”

TimesLIVE reported that the bodies of four security guards were found at the dump site with gunshot wounds to the head.

A fifth security guard has died in hospital after a shooting at the Goudkoppies landfill site belonging to the City of Johannesburg’s waste ...
News
4 months ago

Sun and Njilo said it was necessary to work with law enforcement agencies to apprehend those responsible and determine the motive for the killings.

Sigauke said other employees were worried and scared as the motive for the killings was unknown.

“They are worried because we don’t know who killed them and what is the motive. If you take other employees to the same site they feel traumatised, hence we closed the site and took all the employees to other areas,” he said.

When he went to the scene on the day of the incident, he found the guards lying on the ground.

“It looks like they ambushed them from three or four directions. So the way it was constructed on the scene, it looked like it was well planned.”

Mkhwanazi said there has been no new developments and police are still investigating.

Five bodies of men with bullet wounds were found next to the Golden Highway in Freedom Park on Wednesday morning.
News
4 months ago

Heartbreaking farewell for Daveyton pupils who died in tragic shooting

A picture of a close-knit friendship so tight that it bordered on brotherhood was painted of the relationship between two boys who died in a tragic ...
News
4 months ago

One of the four police officers accused of murdering Mthokozisi Ntumba stormed the Johannesburg Institute of Engineering and Technology and dragged ...
News
4 months ago