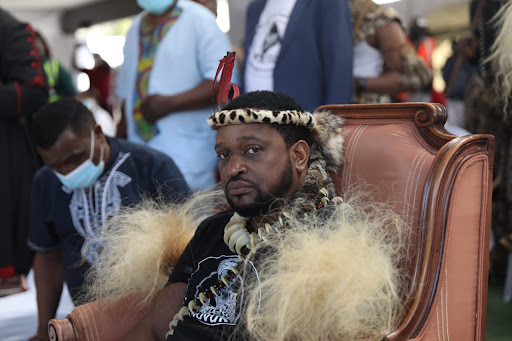 “Ramaphosa has, today... in terms of Section 8(3)(a) and (b) of the Traditional and Khoi-San Leadership Act, 2019, recognised King-Elect Prince Misuzulu Sinqobile Zulu as King of AmaZulu Kingship,” a statement from the presidency said.

The president said in terms of the requirements of the act, the royal family identified Prince Misuzulu Singqobile Zulu as the person who qualifies in terms of customary law and customs to assume the position of king, and had applied for his recognition.

The coronation of a new Zulu king could be further delayed if President Cyril Ramaphosa accedes to a request from a faction of the Zulu royal family ...
News
4 months ago

“As required by the act, the recognition of the king-elect by the president follows consultations with the minister of co-operative governance and traditional affairs and the premier of KwaZulu-Natal,” the statement read.

Ramaphosa conveyed his “warmest wishes” to the king.

Coronation of Prince Misuzulu as Zulu king 'left with presidency'

The coronation of Prince Misuzulu kaZwelithini as king of the Zulu nation will be done "after the president exhausts processes that are involved".
News
5 months ago

“The assumption of the throne by His Majesty King Misuzulu Zulu is a moment of great significance in the proud and distinguished history of AmaZulu.

“His Majesty is the successor to a long line of revered monarchs, who fought with great courage and determination for the welfare and security of their people. I join all the people of SA in wishing His Majesty King Misuzulu Zulu a long and prosperous reign,” he added.

He said the long-awaited decision brings down the curtain on months of uncertainty after the demise of King Zwelithini kaBhekuZulu just more than a year ago.

He thanked Ramaphosa for the dignified manner and for the decorum with which he handled the matter.

Zikalala said Ramaphosa's decision will bring stability and certainty regarding the Zulu throne.

“The Zulu kingdom occupies a special place within the global community because of the heroic deeds of a successions of kings who fought valiantly for the restoration of the dignity of the African people,” he said.

Zikalala said he had no doubt that King Misuzulu, as he has already started doing, would walk in the footsteps of his forefathers by being a champion and torchbearer of unity, peace and development while ensuring that the kingdom becomes a positive force in working with the government to fight the social challenges facing SA.

The coronation of a new Zulu king could be further delayed if President Cyril Ramaphosa accedes to a request from a faction of the Zulu royal family ...
News
4 months ago

As judge Isaac Madondo concluded a lengthy judgment, crowds of supporters of king in waiting Prince Misuzulu kaZwelithini gathered outside the ...
News
5 months ago

The coronation of Prince Misuzulu kaZwelithini as the king of the Zulu nation can go ahead, the Pietermaritzburg high court ruled on Wednesday.
News
5 months ago