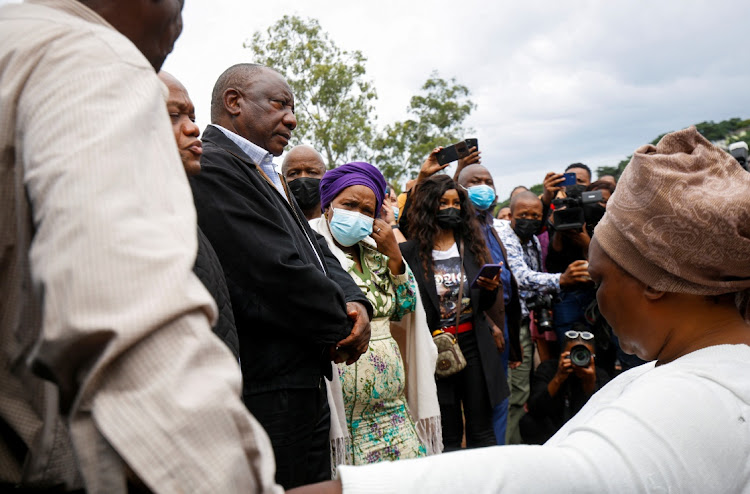 The official death toll from the floods that have devastated KwaZulu-Natal is likely to exceed 253, as police help transport the bodies of victims in the face of limited mortuary vans.

President Cyril Ramaphosa, who is visiting flood-ravaged areas in greater Durban will make an official announcement after his inspection and meetings with victims' families on Wednesday.

KwaZulu-Natal police chief Lt-Gen Nhlanhla Mkhwanazi told reporters the number of deaths is “way more” than what is being reported by the media.

“We are dealing with a state of disaster. Within the police we are co-ordinating with disaster management and other agencies in rescue efforts.

“We have really had to run around in eThekwini to deal with all the bodies. The number is way more than what the media is reporting, we are going to make it official.”

He said as there was a limited number of mortuary vans, “police have to play a role in transporting these bodies because there is just not enough”.

Mkhwanazi said private security companies have assisted police and an additional 300 police officers from other parts of SA would be arriving on Wednesday.

He said incidents of looting in certain areas had been contained.

KwaZulu-Natal health MEC Nomagugu Simelane said on Wednesday at least 253 bodies were in mortuaries overnight after the floods which have devastated ...
News
2 months ago

Residents of New Germany in eThekwini were among the first to be visited by President Cyril Ramaphosa on Wednesday when he headed to sites hard-hit ...
Politics
2 months ago

The supply of electricity and water, burials, healthcare services and refusal removal have been affected by the flooding in Durban.
News
2 months ago