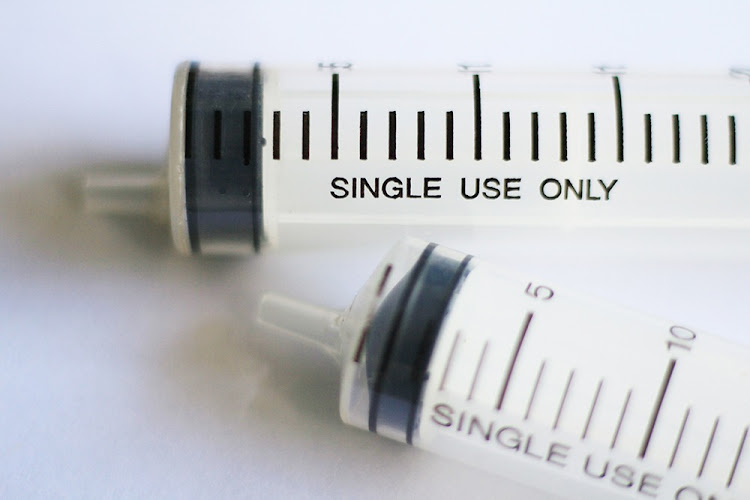 A group of medical experts say an early discard of some single-use medical devices that can be safely sterilised is wastage and Sahpra should revisit its policy on the use of these devices.
Image: Supplied

Leading academics and surgeons have raised concerns about the country’s strict stance of not reusing some single-use medical devices, labelling the early discarding of some of these very expensive devices as not only wastage, but as a threat to the environment.

In a letter published in the SA Medical Journal, experts urge the country’s regulator, the SA Health Products Regulatory Authority (Sahpra) to reconsider its guidelines relating the use of these medical devices.

Prof John Lazarus, head of urology division of the University of Cape Town, and colleagues argued that in a country such as SA that battles with a shortage of essential medical equipment and surgical devices, the country needs workable solutions and one of them is the sterilisation of these devices.

Despite the widespread practice of reprocessing of single-use devices across the globe and strong evidence that shows they can be safely sterilised, the experts argue that the country’s regulator has been unwilling to consider their re-usage.

The US Food and Drug Administration (FDA) is one of the regulators that has endorsed the re-use of single-use devices such as scalpels, catheters, elastic bandages and surgical loupes, which are used to enlarge tiny subjects when performing precision surgeries. The body permits the reuse of around 70 devices, including those deemed high-risk such as balloon angioplasty catheters. The US regulator states that many single-use devices “are low risk when used for the first time and remain low risk after reprocessing, provided that the reprocessor conducts cleaning and disinfection of the device in an appropriate manner”.

Lazarus said Sahpra issued a directive in 2019 which stated that medical devices intended by the original manufacturer for single use may only be used once, may not be reprocessed and must be disposed of after use. Despite multiple attempts to engage the regulator, Sahpra said the matter was non-negotiable.

“We received no explanation except that a decision had been taken and it was not negotiable,” Lazarus said this week.

When contacted by TimesLIVE, Sahpra didn’t explain why it is not changing its position. Spokesperson Yuven Gounden said: “This matter is not a straightforward one.”

He said the regulatory body’s senior manager responsible for medical devices, Dr Theresa Mathibe, “will be discussing the matter” on May 25.

The law does not give the minister of health powers to regulate complementary medicines, the Supreme Court of Appeal determined on Monday.
News
2 months ago

While some single-use devices such as claves and needles are not safe to be re-used, Lazarus said by contrast many devices are safe to be appropriately cleaned and safely reused.

He said a metal loupe for instance, which is mostly used for endoscopic prostatectomy, costs about R5,000 — too expensive to be discarded after only a single use.

“It is a high-volume device. It has no moving or inaccessible parts and is easily cleaned and safely sterilised. Under the Sahpra guidelines this device must be thrown away contributing to the mountain of medical waste, environmental pollution and it’s a waste of valuable taxpayers money,” he said.

A simple tonsillectomy can generate over 100 pieces of disposable plastic.

While there is no local data as to how much the use of these devices costs in SA, an editorial that recently appeared in the Annals of the Royal College of Surgeons of England recognises that “the amount of single use equipment in the operating theatre can be phenomenal”.

A simple tonsillectomy can generate over 100 pieces of disposable plastic.

Estimates suggest that as much as 7,000kg of landfill waste could be reduced annually by reprocessing at a 200-bed hospital. The experts argue that sterilising these devices is also a way to reduce the carbon footprint of healthcare, which is 4.4% of global emissions or equivalent to the annual greenhouse gas emissions from 514 coal-fired power stations.

It is estimated that in the US alone, reprocessing would reduce healthcare costs by $540m (R8.1bn)  annually.

“We call on Sahpra to engage with stakeholders and to reconsider its 2019 directive. Our hope is that this process would result in the drafting of guidelines to allow quality-controlled reprocessing of selected single-use devices to ensure patient safety by mandating strict cleaning, functionality and sterility specifications. Such guidelines would lead to substantial financial and environmental savings for SA, without compromising patient safety,” the experts noted.

Lazarus said: “We feel reprocessed devices should be available to benefit both public and private patients. Cost is a medical disease. Reprocessing is one method for cost containment and would promote a strategy of health for all.”

A woman and a man have been arrested after an investigation into the sale of illicit medication in Cape Town.
News
2 months ago

New jab on the vaccine block: Sinopharm registered by Sahpra

South Africans have become familiar with the Pfizer-BioNTech (known as the Comirnaty vaccine) and Johnson & Johnson vaccines which, to date, are the ...
News
4 months ago