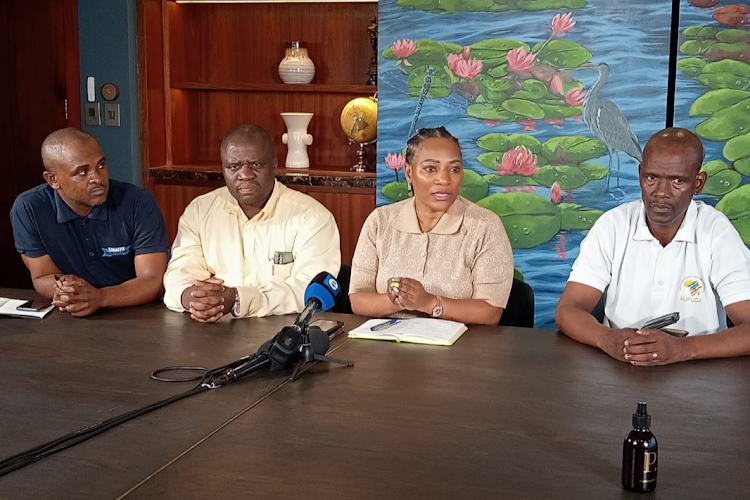 Funeral directors in KwaZulu-Natal say bureaucracy and confusion are delaying the funerals of hundreds of flood victims.

Their criticism followed an eThekwini municipality announcement it would give R20,000 to each family that had lost a relative.

The KwaZulu-Natal Funeral Association Forum said it had not been consulted by the government about the amount that had been allocated or how the money would be distributed.

If we don’t know what’s going on, how much more confused are the victims?

“We as the funeral undertakers in various fields are also confused. We are the ones who need to do the actual work yet communication has never been there from the get-go,” he said.

“The city did not involve us during the planning, they just imposed the policies on us. So if we don’t know what’s going on, how much more confused are the victims?

“We can’t run away from the fact that these are our people and it would really hurt to say I can’t let go of a body because I haven’t been paid. Yet no one knows who should pay. At the end of the day we’re not running charity organisations here.”

Icebolethu's Nomfundo Mcoyi, who chairs the SA Funeral Practitioners Association, said the government should have liaised with undertakers.

“Decisions are taken for us with consultation. The amount that was stipulated for burial was decided without consultation with us and it does not cover all the funeral needs.  Catering costs are not covered on the amount that the municipality wishes to pay,” she said.

“There are delays in processing of claims because of too many meetings, lengthy verification processes. They are overwhelmed, they just don’t know what they are doing. They should have left it to us, we are the experts in the industry and we are here to help.”

She alleged that in the wake of the floods, people had gone as far as opening new companies in a bid to cash in on the burial assistance.

“Corruption is coming from all fronts. We find leaders coming to mourn with the families during the day and in the evening they come as parlours. They are starting their own small parlours just to cover for this, they see opportunities of making money.”

She also bemoaned the slow pace of post-mortem examinations. “What we observe is that if a family had multiple deaths forensics could be dealing with one post-mortem while the other is complete. This does not help the family as they all want to bury victims at once.”

Mlungisi Ntini, from the National Funeral Parlours Association, said the city should clarify when payments will be made.

“History tells us that when  undertakers claim money from the municipality, they don’t really pay on time. So if we must bury the bodies and they will pay later, then when is later?”

Mcoyi said no more than 50 bodies of the 435 people confirmed dead in the floods will be buried this weekend due to city processes. She added that more than half of the bodies are still at government mortuaries and forensic facilities.

“The process of releasing those bodies is too slow and when they are released there are also processes between the city and the funders. They must reduce these processes. We can bury all these bodies in just two days and get all this behind us so that families can begin their healing processes instead of worrying.”

She conceded that most of the flood victims were not insured.

Ramaphosa to address parliament about KZN floods on Tuesday

President Cyril Ramaphosa will make a special appearance in parliament next week to update both houses on the state of disaster in KwaZulu-Natal.
Politics
2 months ago

Insurance firms, battling to meet needs of their clients, juggle ‘first in, first out’ with those who require help most urgently
News
2 months ago

The government has revised the death toll in the KwaZulu-Natal floods from 448 to 435.
News
2 months ago

IN PICS | ‘We lost everything’: Families face uncertain future after floods in KZN

Many families displaced by the floods in KwaZulu-Natal do not have land to rebuild their homes, people are missing and protests over electricity and ...
News
2 months ago