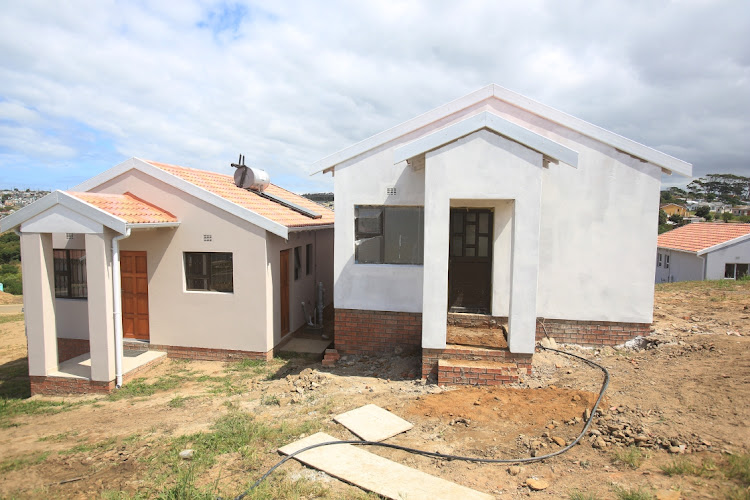 Residents in Mabopane and Germiston told parliament's portfolio committee on human settlements on Saturday they hope the Housing Consumer Protection Bill will be a solution to poorly built RDP houses.

The committee is conducting the last leg of public hearings on the bill in Johannesburg’s Orlando Communal Hall on Sunday.

It held the first public hearings in Gauteng in Mabopane on Friday and Germiston on Saturday as part of a nationwide public participation process which it considers as central to the legislative-making process.

According to a press statement, on Saturday participants in the meeting called for regulation against poor quality building materials, especially in poor communities.

Portfolio committee chair Machwene Semenya said there was overwhelming support for the bill in both hearings, but that there was a common call for it to address and regulate the proliferation of township businesses selling poor building materials.

“A concern was expressed that those below-par building materials pose a risk in two ways: first the high risk it poses on the lives of the people and also the likelihood that it might impact the ability of consumers to claim against the warranty fund.

“Similar to other public hearings in the two provinces already visited, the residents in Mabopane and Germiston told the committee they hope that the bill will be a solution to poorly built RDP houses.”

Semenya said residents spoke about a need for legislative protection for beneficiaries of RDP houses to ensure the department delivers quality houses that can accommodate people with disabilities.

She said the community welcomed the assurance that the bill’s main intention is to streamline co-operation between inspectors at local, provincial and national levels to ensure effective and quality monitoring.

Participants in the hearings called for the delivery of title deeds to beneficiaries of RDP houses to be expedited.

According to the statement, this process has stalled as they do not legally own the houses without title deeds.

Semenya said the residents expressed their appreciation that the bill intended to ensure that home builders are registered with the National Home Builders Registration Council, ensuring that building standards within the building industry are raised. They also wanted inspections done to ensure compliance with the law stipulated standards and specifications.

The National Youth Development Agency has refuted claims it squandered R2.6m on building an incomplete single RDP home for a family in Sedibeng.
Politics
2 months ago

An RDP house in Evaton in Sedibeng cost a whopping R2.6m, yet there are cracks in some of the walls and some of the rooms are not tiled.
Politics
2 months ago

Light on the horizon for Soweto’s hostels

Built during apartheid, hostels in the township have become dilapidated and dangerous. A dynamic young member of Joburg’s mayoral committee is on a ...
News
2 months ago

Presidential imbizo promises a government that is close to its people

After hours of listening, President Cyril Ramaphosa asked his ministers to respond to the more than 30 concerns raised during the session.
Politics
3 months ago