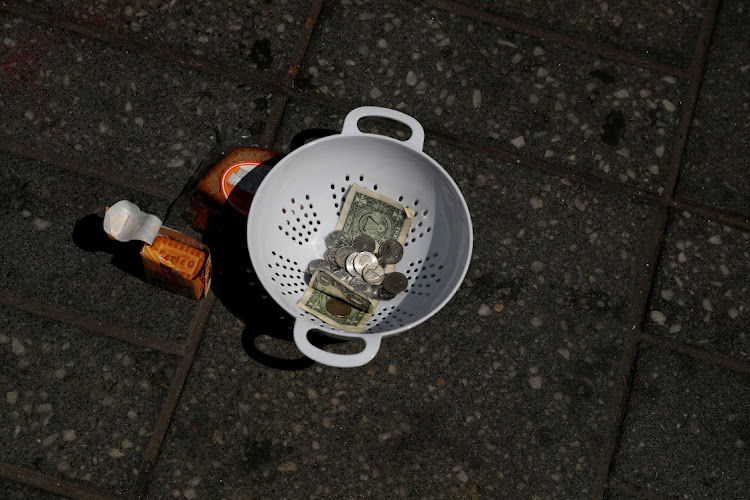 A bowl filled with spare change sits by a man panhandling at Times Square in New York City, US, June 7, 2021.
Image: REUTERS/Shannon Stapleton

An influx of homeless people into midtown Manhattan after an emergency move by New York City to ease crowding in shelters has been a fact of pandemic life since last spring.

Many of the newcomers, living in nearby hotel rooms contracted by the city, have been largely inconspicuous. But others with mental health and drug problems have become a growing presence in the Hell's Kitchen neighbourhood and adjacent Times Square.

As the city looks to welcome back tourists and office workers with the pandemic lifting, suburban commuters and residents say there is a palpable difference from the New York they knew before much of the country locked down in March 2020.

“They make me feel like I wish I could do something,” said Rachel Goldstein, an IT director, as she emerged from Penn Station, a major rail hub, last week for her first on-site workday since the pandemic began.

Giselle Routhier, policy director for the Coalition for the Homeless advocacy group, faulted the state and city for not providing enough mental health services and for “shuffling people” between locations.

“What we actually need for the city to do is to offer folks on the streets access to single occupancy rooms where they can come inside and feel that they're safe from the elements and from the spread of the coronavirus,” she said.

Longer term, the city needs “more robust housing production for extremely low-income and homeless households, particularly for single adults,” many of whom were pushed into homelessness by the economic fallout of the pandemic, Routhier said.

Several of the more than a dozen Democrats running for mayor in next Tuesday's primary election also have called for converting hotels into housing for the homeless. 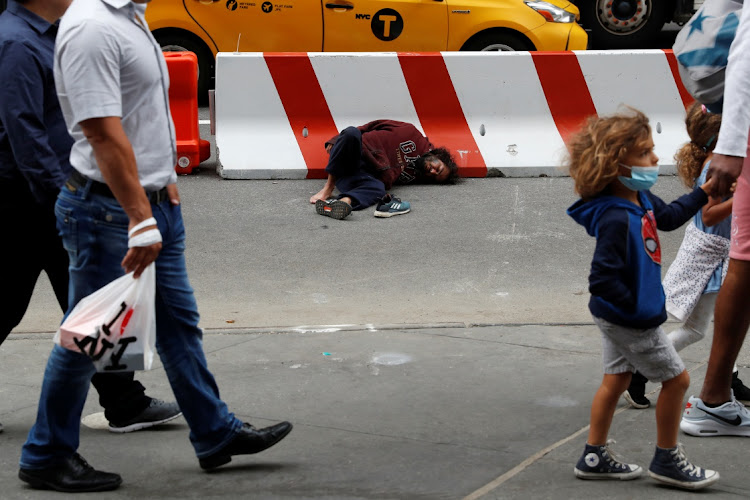 A man lays on the street outside Pennsylvania Station transit hub in New York City, US, June 11, 2021.
Image: REUTERS/Shannon Stapleton

As the pandemic raged last spring, the Department of Homeless Services (DHS) relocated 10,000 people from crowded shelters to 67 hotels whose tourism, business and convention bookings had dried up.

Over 20% were packed into hotels in the Chelsea and Hell's Kitchen neighbourhoods west of Times Square and the Theatre District, the New York Post reported, citing a letter from Manhattan Borough President Gale Brewer that it had obtained.

In a precinct that includes Times Square, reports of assaults and robberies have shot up 185% and 173% respectively so far this year, even as citywide assaults rose by only 8% and robberies fell 5%, according to New York Police Department (NYPD) statistics.

Scott Sobol, 44, a real estate agent who lives in Hell's Kitchen, believes only a few of the homeless residents are responsible for the additional complaints, and faulted officials for not vetting them for mental health issues, drug problems and criminal histories.

“What (neighbours) want is to stop getting harassed on the street,” he said. “If a homeless rehabilitation centre can coexist with a sense of polite life, we have no issues with it.”

A DHS spokesperson on Tuesday did not immediately reply to a request for comment.

“Right now, there are a lot of homeless people hanging around, a lot of pee on every corner,” added Min Kim, 69, who owns the Star Lite Deli in Times Square. “Tourists will be coming back, and it's not really good for them.” 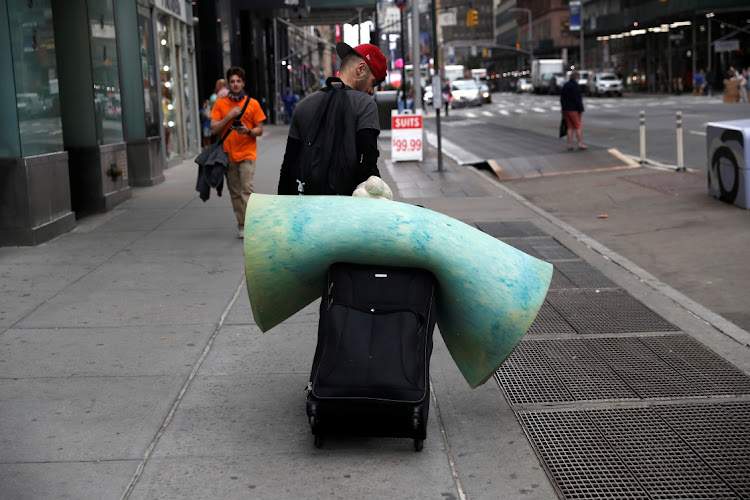 A man walks with a suitcase and a cushion mattress near Times Square in New York City, US, June 11, 2021.
Image: REUTERS/Shannon Stapleton

Eric Gourley, 42, a drifter who has been in the city for a week, sleeping on park benches and sidewalks, said he sympathises with business owners who have complained about the behaviour of some homeless people.

“We heard the complaints from the communities and that's why we increased the (police) presence,” said Terence Monahan, a senior adviser to Mayor Bill de Blasio for Covid-19 recovery and safety planning who retired earlier this year as the NYPD's chief of department. “People need to feel safe.”

De Blasio announced on Wednesday that the city was set to move about 8,000 homeless residents still living at 60 temporary hotels back to their shelters by the end of July, where he said more services are available. But he said state officials had yet to authorise the move.

Rich Azzopardi, a senior adviser to Governor Andrew Cuomo, responded that since Cuomo had lifted all remaining Covid-19 restrictions on Tuesday, the city was free to go ahead with the move, so long as it required masks to be worn in the shelters.

“There's nothing to approve,” Azzopardi said by phone.

“To me it makes no sense to send them back to the crowded, unsafe shelters,” said Padgett.

WATCH | The homelessness pandemic: ‘When Covid-19 started until now, my life is the same’

Homeless shelters across SA have found themselves overwhelmed during the Covid-19 pandemic.
News
5 months ago

For many, life in New Zealand's capital Wellington is largely back to normal. Its windswept streets are crowded with maskless shoppers and office ...
News
6 months ago

There are more than 14,000 homeless people living on the streets of Cape Town, and more than R744m a year is spent on homelessness. These findings ...
News
10 months ago

‘We treat human beings like waste by ignoring or brutalising them’

For the “Bagerezi ” informal recyclable material reclaimers — Covid-19 was just one extra thing to worry about.
Opinion & Analysis
11 months ago