Racism causing a rift in the Western Cape ANC 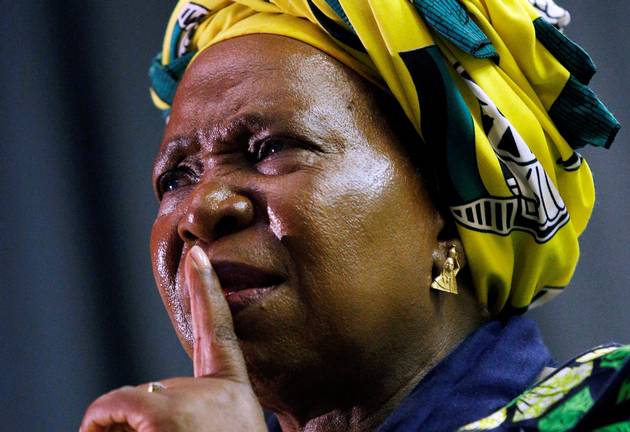 Race has emerged as one of the key factors fuelling divisions within the opposition ANC in the Western Cape.

The party is again battling serious rifts as it gears up for its national conference to elect President Jacob Zuma’s successor.

In June tensions culminated with the disbanding of the Dullah Omar region‚ the ANC's biggest region which encompasses the Cape Metro. The move has since been reversed by the party's national executive committee.

But insiders‚ who spoke on condition of anonymity‚ said one of the hot issues that led to the disbandment was the sidelining of branches in the mainly coloured areas. Regional leaders feared that these would not support their preferred candidate‚ Nkosazana Dlamini-Zuma.

“The problem that the Dullah Omar guys have with the coloured branches is that they [don’t want] Nkosazana as the successor of JZ in December. That has been the reason‚” said a PEC member.

No decision yet on fate of ANC Western Cape leadership

ANC Western Cape leadership will have to wait one more week to know of their fate after the party’s top brass failed to make a final decision ...
Politics
4 years ago

He said the sidelined coloured branches historically had not been in favour of Zuma.

Another PEC member agreed. He said this is what led to the poor election results in the historically coloured areas of the Cape Flats.

A member of the Western Cape Provincial Legislature pointed to the makeup of ANC councillors in the City of Cape Town where coloured leaders were in the minority.

“[They] literally don’t bother to get branches going in the coloured areas and maybe there are two reasons for that. The one is that you assume that those branches will not support your faction‚ so you don’t bother.

“Secondly there is not a consciousness that we actually have to have a presence in Manenberg or in Hanover Park‚” said the member.

“They want to control membership ...in the coloured communities they [Dullah Omar leadership] will only choose their friends‚ people who don’t have support in those communities‚” said the member.

Divisions in the Western Cape ANC were laid bare on Sunday as two groups battled it out with song outside a venue where President Jacob Zuma met ...
Politics
4 years ago

Dullah Omar regional secretary‚ JJ Tyhalisisu‚ declined to comment on the matter‚ saying the region will only speak after it has met following the reversal of its disbandment.

ANC Youth League provincial chair Muhammad Khalid Sayed‚ who is a supporter of Dlamini-Zuma‚ disputed that branches had been sidelined.

“We are not really coming across that‚ that much. We have heard it being raised across the country ...it depends who you listen to‚” he said.

Sayed said the party should take issues like crime‚ gentrification and gangsterism in those communities and establish branches in order to get support.

Acting chairman Khaya Magaxa disputed that coloured representation was one of the main reasons they disbanded the Dullah Omar region. He claims the allegations are lies spread by ''desperate people''.

“The ANC has all types of problems...we are a non-racial organisation and it’s very difficult in the ANC to marginalise a structure in relation to that issue of colour‚” said Magaxa.

Ronnie Mamoepa: Man for all seasons — and all people

Deputy President Cyril Ramaphosa is leading the race to succeed President Jacob Zuma five months before the ANC elects new leaders, but does not have ...
News
4 years ago

It is rather baffling that, in the midst of South Africa's worst post-democracy economic crisis, a massive leadership battle is raging in the ...
Opinion & Analysis
4 years ago

Ramaphosa unleashed is a sight to behold - at long last

With the ANC "policy" conference out of the way, open campaigning to replace Jacob Zuma as the party's president in December has begun.
Opinion & Analysis
4 years ago