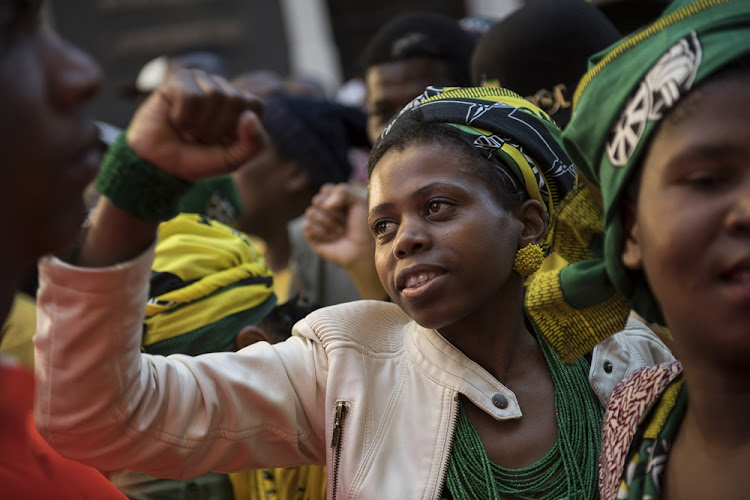 ANC supporters outside Parliament on 8 August 2017. President Jacob Zuma faced a motion of no confidence vote for the eighth time during his right years as president.
Image: David Harrison

President Jacob Zuma’s supporters are gunning for ANC MPs who voted with opposition parties in a failed bid to remove him from office.

Zuma survived the chop even though some of ANC MPs voted in favour of a motion of no confidence in him while others abstained.

The ANC in North West was the first to state that those MPs who voted with opposition parties should be dealt with harshly.

“We are still waiting for a report but our position that any ANC member who misbehaves must appear before the disciplinary committee‚” ANC North West spokesman Gerald Modise said.

“ANC MPs are always expected to defend the ANC.”

President Jacob Zuma did not waste time and immediately hit back at opposition MPs shortly after the motion of no confidence in his leadership was ...
Politics
4 years ago

ANC Free State spokesman Thabo Meeko said the expectation is that ANC MPs should be disciplined and toe the party line.

“The agenda of the opposition‚ which is sponsored by the imperialists‚ is to topple the ANC‚” Meeko said.

“The ANC has been down this road before and we will continue defending the right of South African voters to elect their preferred leader as they did with President Jacob Zuma.

“The task of the ANC is to continue intensifying its radical socio-economic transformation and a non-racial order in this country‚” Legoete said.

Proceedings during a motion of no confidence in Parliament started with leaders of opposition parties urging ANC MPs to do the right thing and vote Zuma out. But ANC MPs‚ who are in the majority in Parliament‚ would have none of that.

They launched blistering counter attacks on opposition parties‚ accusing them of trying to topple the ANC from power and pursuing regime change agenda.

Police Minister Fikile Mbalula says President Jacob Zuma will only leave his position as president of the country when the African National Congress ...
Politics
4 years ago

Speaking to a crowd of a few hundred mostly EFF supporters who stayed to hear the results of the vote on the motion of no confidence in President ...
Politics
4 years ago

It would have been politically dangerous for President Jacob Zuma to have been ousted through a secret ballot‚ a political analyst said on Tuesday.
Politics
4 years ago