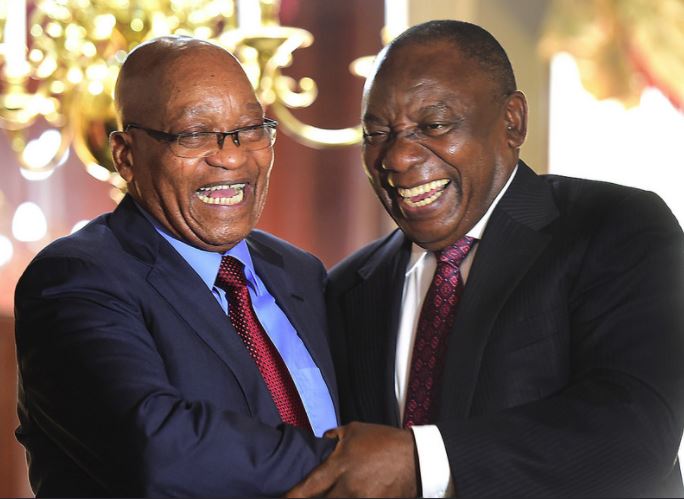 Could South Africa know tomorrow just how much taxpayers have paid for former President Jacob Zuma's legal battles? In a word: yes.

President Cyril Ramaphosa will on Wednesday face questions from EFF leader Julius Malema about just how much Zuma's personal legal fees have cost the state. And in questions tabled before parliament‚ Malema also wants to know "on what legal provision(s) or policy did the state rely when using state resources to fund the former president's legal costs?"

The questions come as Ramaphosa faces increasing pressure to reveal the costs of Zuma's state-funded legal campaign to avoid prosecution for corruption. The pressure includes legal action from the Democratic Alliance.

Ramaphosa has asked the DA to hold off on legal action to force disclosure of this information while he "reconsiders" its request for the exact amounts spent on Zuma's "Spy Tapes" cases. The State Attorney has also told the party's lawyers that it is in the process of collecting the information.

Zuma charges: How did one man get away with so much for so long?

The president who bobbed and weaved past one political scandal after another finally took a knockout punch last week‚ and now‚ a few days later‚ the ...
Politics
4 years ago

By answering Malema's questions‚ Ramaphosa can avoid being seen to acquiesce to a DA demand - but can meet his constitutional obligations to provide this information.

Zuma steadfastly avoided answering DA leader Mmusi Maimane's questions about how much his so-called Stalingrad campaign cost taxpayers. And that may be because he has agreed to pay back the money if he's convicted.

Ramaphosa's spokesperson Tyrone Seale last week told Financial Mail that the state would continue to fund Zuma's legal fees if he went on trial for corruption on the basis that this was concluded between Zuma and then-president Thabo Mbeki in 2006.

"The former president signed an undertaking to refund the state if he is found to have acted in his personal capacity and own interest in the commission of offenses with which he was charged‚” he said.

The Democratic Alliance last year took Zuma and the deputy speaker of parliament to court over their failure to disclose the costs of legal action linked to Zuma's corruption prosecution‚ arguing that this failure was unconstitutional and legally invalid.

The DA subsequently wrote a letter to the state attorney‚ arguing that Zuma had failed to show that he was not able to provide "a substantive response" to the question about his legal fees‚ nor had he shown that it was not in the public interest for him to provide this information.

They threatened Zuma with a personal costs order if the case went ahead. A month later‚ Zuma resigned.

The former president is currently also facing personal costs orders estimated at more than R10-million in his failed bids to block the release of then-public protector Thuli Madonsela's State of Capture report‚ and then later to review that same report.

North Gauteng High Court Judge President Dunstan Mlambo and his colleagues lambasted Zuma for "recklessly" litigating these cases - and said he should personally foot the bill.

According to UDM lawyer Eric Mabuza' Zuma has not filed any substantive appeal to these costs orders.

The issue of Zuma's legal funding is not going to go away any time soon.

National Director of Public Prosecutions Shaun Abrahams has indicated that he has made a decision on Zuma's final bid to convince not to proceed with the corruption case against him. Abrahams said he would announce that decision on or after March 15.

The Council for the Advancement of the South African Constitution is currently trying to bring an urgent court bid to block Abrahams from making that announcement' on the basis that he is not perceived to be independent.

Malema gets ready to tackle Ramaphosa over Zuma

President Cyril Ramaphosa will on Wednesday appear before the National Assembly for his first oral question and answer session since Parliament ...
Politics
4 years ago

Inside Ramaphosa’s secret talks with Zuma​

The end game might be slow, but Ramaphosa knows the havoc Zuma can still wreak

If Thabo Mbeki and Jacob Zuma had a strange relationship, the one between Cyril Ramaphosa and Zuma is downright bizarre. Mbeki and Zuma had their own ...
Opinion & Analysis
4 years ago