'I have not been implicated in the Zondo Commission,' says Jacob Zuma 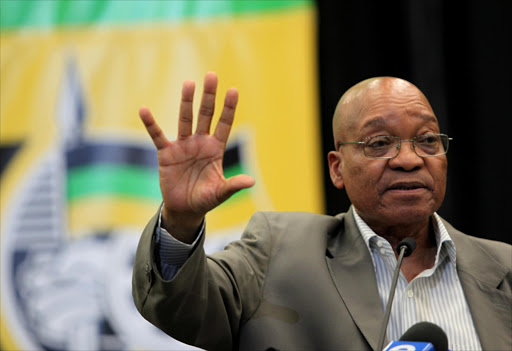 Former president Jacob Zuma says the main purpose of the Zondo commission was to find him corrupt, but so far no one has linked him to any corruption.
Image: Esa Alexander © Sunday Times

Former President Jacob Zuma believes he has not been implicated in the state capture  inquiry, despite damning allegations made against him by former Bosasa COO Angelo Agrizzi this week.

During an interview with Africanews24-7, Zuma said the main purpose of the Zondo commission was to find him corrupt, but so far no one has linked him to any corruption.

"In fact, my understanding is that that the purpose of the commission that is there now was meant to find this corruption about me. But what I think what is happening in that commission says something different.

Jacob Zuma took R300k a month to do what Bosasa wanted: Angelo Agrizzi

"I’ve been listening…what it says. Quite a number of people have been identified, told what they have done…specific amounts of monies. Nothing has been said about me. So I’m being made a scapegoat."

This, despite the former president being alleged to have pocketed up to R300,000 per month from controversial government contractor Bosasa in exchange for doing its bidding in the Zondo commission.

I’ve been listening… what it says. Nothing has been said about me. So I’m being made a scapegoat.

Earlier last year, Zuma was implicated by former cabinet spokesman Themba Maseko, who claimed the former president had called him directly to meet with the Guptas, as they needed his help.

But Zuma, in an interview published on Thursday, said he was being made a scapegoat for everything that went wrong during his presidency.

In a frank interview with Africanews24-7, Zuma disputed that his legacy was tainted with rampant corruption and the systemic political corruption in which private interests had significantly influenced a state's decision-making processes to their own advantage.

"Some people are making me a scapegoat of everything. You know, if you listen to the criticisms about corruption in South Africa, I’m made to be number one corrupt man. And there have been investigations and investigations trying to find out what is it that I have done. Nothing has come up so far,” Zuma said.

He said that the Zondo commission, investigating the capture of the state, was established to try to find out what Zuma had done.

Former president Jacob Zuma on Tuesday hit back at his successor President Cyril Ramaphosa, saying suggestions that his term in office was "nine ...
Politics
3 years ago

Jacob Zuma's response to Cyril Ramaphosa's recent comments in Davos has got South African Twitter users all worked up.
Politics
3 years ago

The main problem with some ANC leaders is that they have turned into "sycophants".
News
3 years ago