Mantashe, Myeni and the K-word: A wrap of this week's state capture inquiry 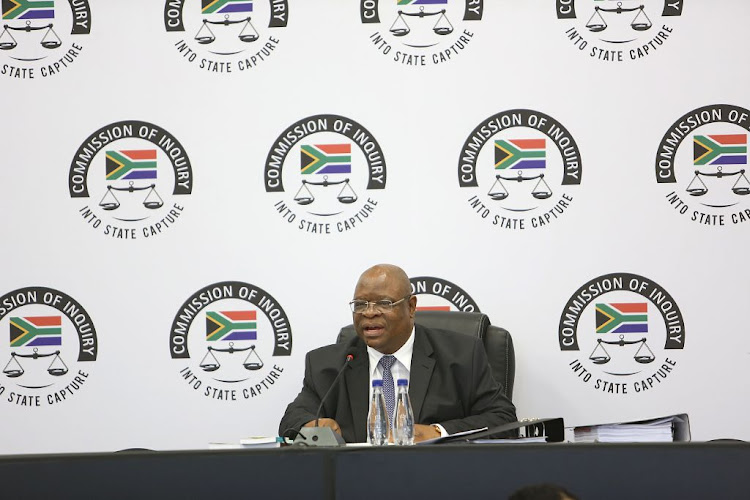 He alleged that Zuma used his influence to effect legislative change and to cripple an investigation into the company.

He claimed that former SAA chair Dudu Myeni revealed confidential information regarding an investigation into Bosasa by the National Prosecuting Authority. He said that Bosasa head Gavin Watson arranged a gift for Myeni, which included a Louis Vuitton bag stuffed with R300,000.

Agrizzi also alleged that Bosasa had journalists and media consultants on its payroll.

Agrizzi was heard using the the k-word numerous times in a recording of a meeting at Agrizzi's home that was played at the commission. His comments were directed at his Bosasa colleagues Papa Leshabane and Joe Gumede.

Here are some of the jaw-dropping highlights from former Bosasa COO Angelo Agrizzi's third week at the Zondo Commission.
Politics
3 years ago

Frans Vorster
The former Bosasa employee alleged that in 2014 Bosasa established an ANC call centre at their facility.

He said the company also hosted an ANC party in the same year on Bosasa premises after they won the 2014 national elections.

Five telling quotes that sum up the testimony of former Bosasa employee Frans Voster at the state capture commission.
Politics
3 years ago

Van Tonder told the commission that he was the one who took the video of Watson's walk-in cash vault, which was played during Agrizzi's testimony.

He alleged that the company executives made a pact to not expose each other when the Special Investigating Unit started looking into Bosasa in 2009.

Van Tonder said Bosasa had to build a prawn production facility in Krugersdorp to show the South African Revenue Service that the SeaArk project was still operational even though it had failed.

Richard le Roux
The regional technical coordinator of Global Technology Systems detailed how he was instructed by Watson and Agrizzi to do home upgrades for senior ANC member Gwede Mantashe, Myeni and Nomvula Mokonyane, a former Gauteng MEC and premier.

The state capture inquiry on Thursday heard how Nomvula Mokonyane, Gwede Mantashe and Dudu Myeni allegedly received upgrades to their properties from ...
Politics
3 years ago