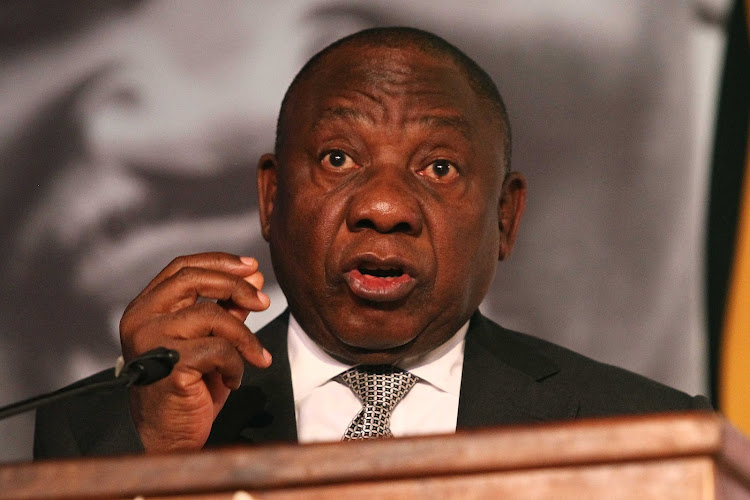 President Cyril Ramaphosa’s lawyers have accused the public protector of unlawfully obtaining financial information from bank accounts linked to the CR17 campaign which she used in her report implicating him in money laundering.

They have now made a desperate plea to the North Gauteng High Court to seal the records to be submitted by Busisiwe Mkhwebane in Ramaphosa’s case seeking to interdict the implementation of the remedial action contained in her Bosasa report.

Ramaphosa’s application for an interdict to suspend Mkhwebane’s remedial action is scheduled to be heard on Monday August 12.

In a letter written to deputy judge president Aubrey Ledwaba on Thursday, Ramaphosa’s lawyer, Peter Harris, said Mkhwebane had illegally obtained information which she had based her report on and as a result the court must not allow that information to be made public.

“We submit that the bank statements of EFFG2, Linked Environmental Services, Ria Tenda Trust and the Cyril Ramaphosa Foundation accounts contain confidential information which must be protected in terms of the abovementioned provision,” Harris wrote.

In her report that found Ramaphosa misled parliament and violated the Executive Ethics Code, Mkhwebane also found prima facie evidence of money laundering in the over R400m donations made to the CR17 campaign. The investigation was in relation to a 2017 donation of R500,000 Bosasa boss Gavin Watson made toward his ANC presidential campaign. She said this was based on evidence she obtained from bank statements from the accounts linked to the CR17 campaign.

“We have reason to believe that certain of the abovementioned documents may have been unlawfully obtained by the public protector,” Ramaphosa’s lawyers told Judge Ledwaba.

They claimed that Absa spokesperson Phumza Macanda had stated in the media that Absa did not receive a subpoena from the office of the public protector in relation to her investigation.

The Economic Freedom Fighters have lashed out at a court ruling on Thursday which saw President Cyril Ramaphosa winning a key legal battle against ...
Politics
2 years ago

Mkhwebane is expected to file the records she relied on as evidence in her Bosasa report after Ramaphosa approached the North Gauteng High Court seeking an urgent interdict against the remedial action recommended by Mkhwebane.

She stated that she will not oppose the interdict but will submit the records she relied on to the court. Once Mkhwebane does that, the list of who donated to Ramaphosa’s campaign and how much they donated will be made public.

Ramaphosa has told the court that the way Mkhwebane approached her investigation into whether he misled parliament was “unfortunate and leaves a lot to be desired”. Ramaphosa said in his affidavit filed last week that Mkhwebane had acted irrationally, got the law wrong and acted out of her jurisdiction.