Electronic driving licences on the cards 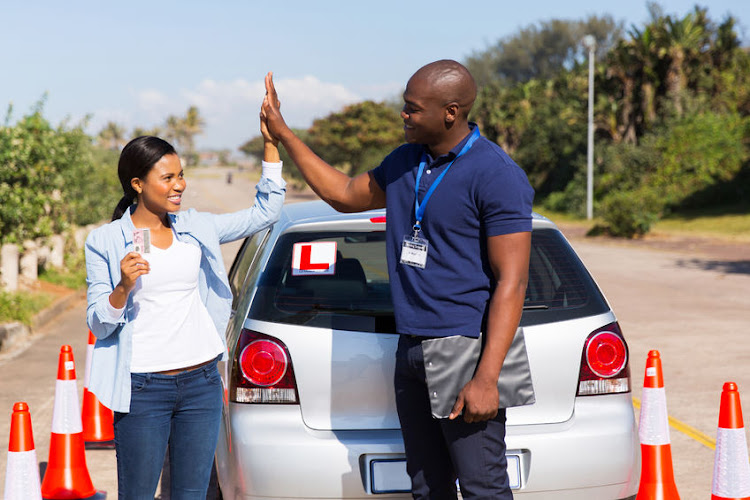 Drivers' licences are set to change over the next two years, the transport department told parliament on Wednesday.
Image: 123rf.com/HONGQI ZHANG

The government is planning to introduce a new electronic driving licence card.

Transport department director-general Alec Moemi told parliament on Wednesday that they are working on a more durable driving licence card, with improved security features. It is set to be introduced within the next two years.

Moemi was addressing a joint meeting of parliament's oversight committees when he told MPs of a strategic objective of the Driving Licence Card Account (DLCA) trading entity to provide secure and quality driving licences.

Moemi said there was a huge need for the modernisation of licences. He said the modernisation process, which has been set in motion, would not only produce a new driving licence card but also introduce a network infrastructure that links to drivers' licence testing centres to put in applications for the printing of licences. This would improve the turnaround time from the current 12 days to seven days, he said.

Cape Town officials on Tuesday said they were unable to renew or process driving licence applications as the eye-testing machines were offline.
Motoring
2 years ago

The process will also ensure that the technology is up to date, safe and that there are no disruptions in the printing of the cards, which has previously been experienced. The re-engineering of the agency's process flow will also ensure automation of support services at all levels to eliminate potential for fraud, he said.

Moemi said the machine that is used to print licence cards has itself reached its useful lifespan and the suppliers of ink and related aspects to print the current cards had indicated that it will in the space of 48 months be discontinued completely.

“It's a race now against time for the replacement of the machine and of ensuring that we are able have a modern, world-class card,” he said.

MPs heard that the National Treasury has also given the department the go-ahead to reinvest some of the money it generates towards this recapitalising and modernising of its systems over the next five years.

“From the liquidity point of view, the entity is doing exceptionally well,” said the transport boss.

The entity was anticipating a total revenue of R267m before Covid-19 hit SA and now expects to lose a revenue of about R19m a month due to the coronavirus. “But we think the DLCA is in a healthy position and will be able to stomach the loss of revenue and be able to continue with the modernisation programme,” said Moemi.

Five traffic officials are among nine people arrested over truck licences issued to people who never actually took the tests.
News
2 years ago

The department thinks the 3 million target is achievable with a faster printing machine, which will come as part of the modernisation project.

A written presentation to the meeting of parliament's oversight committees showed that when the agency took over the card production facility in 2015, the card machine had not been upgraded since 1998. Live capture units also needed an upgrade, it said.

“The DLCA embarked on a journey to modernise the card production environment, which involved the replacement of the LCUs [Live Capturing Units] with LEUs [Live Enrolment Units] and the introduction of a new driving licence card.

“The DLCA, at the same time, started with the project for the introduction of a new driving licence card, but the security of the card design was compromised when the laptop of the DLCA official was stolen,” reads the document.

It said the new card project has been resuscitated and it is envisaged that a new durable driving licence card with improved security features will be introduced by the end of 2021/22.

The new card will also be compliant with the International Organisation for Standardisation (ISO), thereby ensuring that it is internationally accepted.

Moemi said they had already submitted a request to the State Security Agency (SSA) for the design of the new drivers' licence card as required by law, and that they were also looking to receive the required standardisation.

A taxi driver allegedly flouting lockdown laws - and a few other rules of the road - abandoned his vehicle and tried to escape on foot when he ...
News
2 years ago

Motorists will be let off the hook for now for driving using expired lessons, learner’s licences or even car licence discs.
News
2 years ago

Police arrested a traffic officer and two administration clerks at the Kirkwood traffic department in the Nelson Mandela Bay Metro on Tuesday morning ...
News
2 years ago