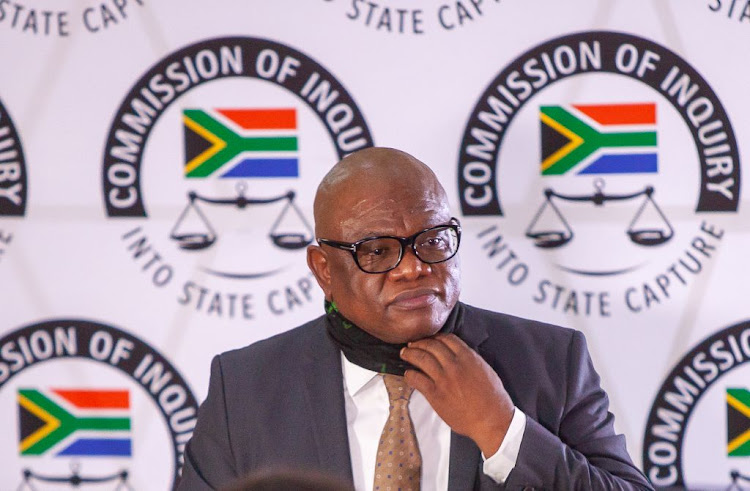 For Joburg mayor Geoff Moloantoa Makhubo, there was nothing wrong with a company he had dealings with benefiting from contracts worth millions from the municipality.

Makhubo was testifying at the Zondo commission on Friday about his company Molelwane’s dealings with Regiments Fund Managers, which had a contract with the City of Joburg.

His testimony covered a period when Makhubo was a member of the mayoral committee responsible for finance.

At the time, Makhubo’s company, Molelwane, had a “consulting” contract with Regiments. From that contract, Makhubo “personally benefited” to the tune of R7m between 2006 and January this year.

Makhubo was adamant that there was nothing untoward about this as he had worked “hard to build and start [Molelwane] from the ground”.

Johannesburg executive mayor Geoff Makhubo is under the microscope for having used his “influence” to source donations for the ANC in exchange of ...
Politics
1 year ago

The commission heard how Regiments was the main source of income for Makhubo’s company, which was paid R35m between 2006 and January 2020.

Regiments were fund managers for the City of Joburg throughout this time.

Regiments' first contract with the city came to an end in 2011, the year in which Makhubo became a councillor and MMC.

The company then continued providing the same services without a valid contract between 2012 and 2015 after there was a legal challenge mounted over the tender process to issue a new contract.

In 2015, Makhubo attended mayoral committee and council meetings that approved an award to Regiments for a further five years.

Throughout this time, Regiments was pumping money into Molelwane.

Makhubo is said to have resigned from Molelwane in 2011. He was a director in the company with his mother, Matlakala. But somehow his resignation was never effected as he continues to be the sole signatory of Molelwane to date.

Makhubo failed to advance a convincing explanation of his continued membership with Molelwane, despite the conflict it presented for him when he joined the city.

He denied doing Regiments’s bidding because it had dealings with his company.

“The tender award is not made by council. The mayoral committee and council had no opportunity to influence contract number two [to Regiments in 2015],” said Makhubo.

“Yes, I agree that council approves. We do not award. By the time a tender comes to council [for approval] there is already an award.”

The commission told Makhubo that his position was not correct as he, as MMC for finance, was duty-bound to provide oversight over everything falling under his portfolio, including the contract to Regiments — the biggest the city had.

Makhubo was not backing down. “If there is any political principal trying to oversee such things, he may be interfering in work that is not his or hers,” he insisted.

Makhubo wrapped up his testimony, for now, but is due to be called back to account about donations for the ANC worth millions of rand that he sourced from Regiments as well as tech giant EOH.

His next appearance date has not been set yet.

State security deputy minister Zizi Kodwa was fingered on Wednesday for allegedly having benefitted from "suspicious" payments to the tune of ...
Politics
1 year ago