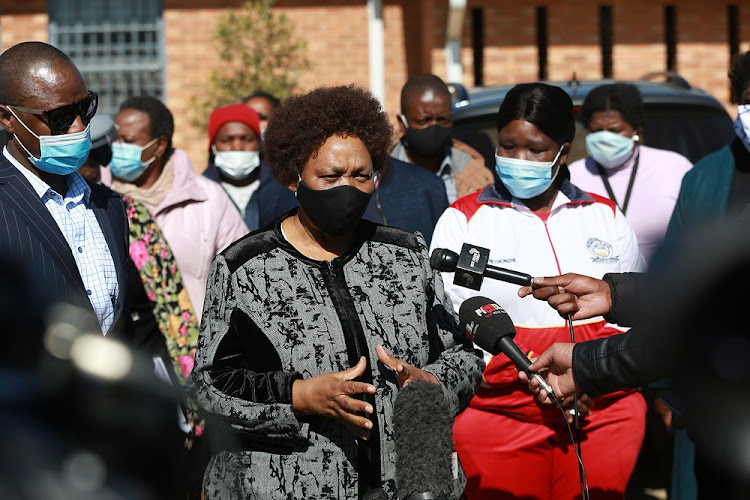 The government says it decided on a rewrite of two leaked matric papers to restore public confidence and protect the integrity and credibility of the examination process.

Quality assurance agency Umalusi had also warned the basic education department that the integrity and credibility of the two leaked question papers had been irrevocably compromised because the full extent of their spread could not be determined.

Matric maths and science papers to be rewritten

The matric mathematics paper 2 and physical sciences paper 2 are to be rewritten across SA.
News
1 year ago

This will be the first time that matrics across the country rewrite an exam due to leaking of question papers.

“It's a very difficult decision and a very sad decision to take. We have had provincial rewrites, but it's the first time ever to have a national rewrite,” said Motshekga.

“We really want to apologise to our learners who had not had access to the paper (but) for me as a minister, if Umalusi says it won't recognise the results, for me it closes the matter. We can't risk as a sector any situation where Umalusi disowns the results,” she said.

The mathematics paper will be written on December 15, and the physical sciences exam two days later, on December 17.

Motshekga said the department could not find an earlier date, that the timetable was already choc-a-bloc but also that they felt pupils needed time to refresh.

Three question papers — maths paper 2, physical science paper 2 and business economics paper 1 — were leaked last month via WhatsApp. The leak of the business studies paper was discovered before the exam was written, and the paper was replaced but with the other two, the leak only became evident after the exams were written.

A man working for a company contracted to print examination papers has been arrested in connection with the leaking of the matric maths exam paper 2.
News
1 year ago

While 195 pupils were found with the leaked maths paper, Motshekga said some of the key findings from the ongoing investigations were that the viral spread of information on the cyber networks made it virtually impossible to accurately identify the number of pupils that had had access to the leaked question papers, she said.

Basic education department chief director of examination Rufus Poliah explained that when the department presented its report to the quality assurance agency, Umalusi, it was clear that the investigation into the leaked papers was not complete and could not be completed given the nature of the medium that was used to transmit the question paper.

“Umalusi also agreed that the full extent of the spread of the two question papers has not been determined and cannot be determined conclusively in the limited time we have available,” said Poliah.

“Therefore Umalusi concluded that the integrity and credibility of the two leaked question papers has been irrevocably compromised.

“Unfortunately if we want to restore public confidence we had to then take possibly that which is regarded as an unpopular decision,” he added.

He said it was established that at least 195 pupils had had access to the maths paper but the extent to which the 195 would have shared the question paper could not be determined.

The matric exams have been plunged into chaos after claims that yet another paper has been leaked.
News
1 year ago

The other major challenge was that the analysis of cellphone records was extremely tedious and was an extended process.

“We have been informed by the Hawks that to analyse one cellphone would take up to seven days and in terms of access to information, we can't just seize a cellphone.

“If you look at electronic media platforms we know that this question paper was transmitted via WhatsApp but there are a number of other social media platforms — and to be able to go through each of these was going to be virtually an impossible task.”

The department had three options:

But it would have been extremely difficult to identify pupils who had access to the question paper because the leak was through a social media platform.

Poliah revealed that when roleplayers were consulted, some felt the evidence for wrongdoing was inadequate.

“Can you allow the whole country comprising of 391,000 mathematics learners to rewrite a question paper that a large percentage would not have had access to?” he asked.

Basic education minister Angie Motshekga will on Friday provide a progress report on matric the examinations.
News
1 year ago

First schools were told to up the marks of grades 4 to 9. Now ill-equipped pupils in grades 1 to 3 will be promoted
Opinion & Analysis
1 year ago