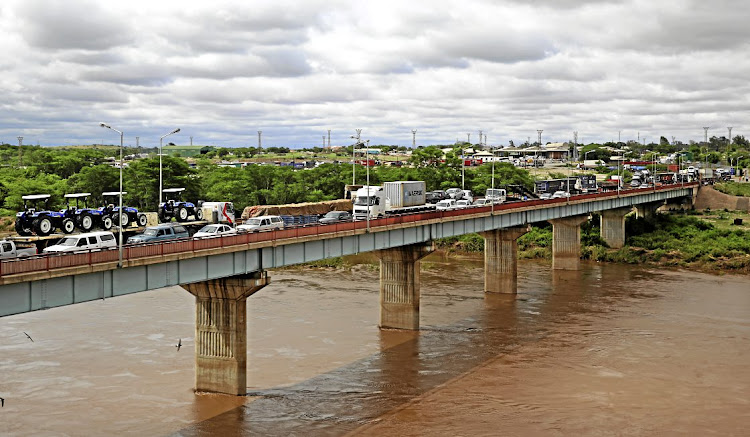 Stalled traffic snakes into the distance on the Zimbabwean side of the border as drivers wait to cross into SA at Beitbridge. File image.
Image: Thapelo Morebudi

The National Assembly's home affairs portfolio committee wants answers to what led to the congestion at two of the country's busiest land border posts in December.

MPs have argued that the congestion at the Beitbridge border on December 23 and 26 could have led to a humanitarian crisis.

The committee visited three border posts — Beitbridge, Lebombo and Mbuzini — this month, where they saw first-hand the congestion and the numbers of undocumented foreigners illegally entering the country. MPs also witnessed poor adherence to Covid-19 regulations, they said.

Department officials briefed MPs about the situation at each entry port.

“It is recommended that a multi-department investigation led by the department of home affairs should be conducted on what went wrong during the festive season.

“The outcomes of the inquiry should form part of the borderline operational plan during the peak period and times of crisis such as Covid-19,” said the committee in its oversight report adopted on Tuesday.

The committee found that:

The committee called for “political will” to resolve the challenges at the border posts, saying there needed to be a commitment by the SA government to fund and make the Border Management Act operational.

They have called on home affairs minister Aaron Motsoaledi to present an implementation plan with time frames as soon as possible.

MPs tasked the department to co-ordinate other government departments and state organs operating at the border to ensure enough staff is deployed to deal with testing and to ensure that Covid-19 protocols are adhered to.

“It is evident that no amount of border security deterrence will prevent illegal immigrants crossing into SA. The most crucial border security and management instrument is to promote political stability, good governance, and economic growth in the SADC region,” reads the report.

It said SA, through available multilateral forums and international relations instruments, should endeavour to assist the region in improving its socio-economic conditions.

“This will require political will and determination from the country’s executive,” said MPs.

President Cyril Ramaphosa has announced closure of the country’s 20 land ports to the public - with people only allowed to cross in "limited ...
Politics
1 year ago

The home affairs minister set the record straight on Wednesday regarding recent congestion at the Beitbridge border post, slamming 'inaccurate' ...
Politics
1 year ago