Magashule tried to suspend me out of 'vengeful spite', says Ramaphosa 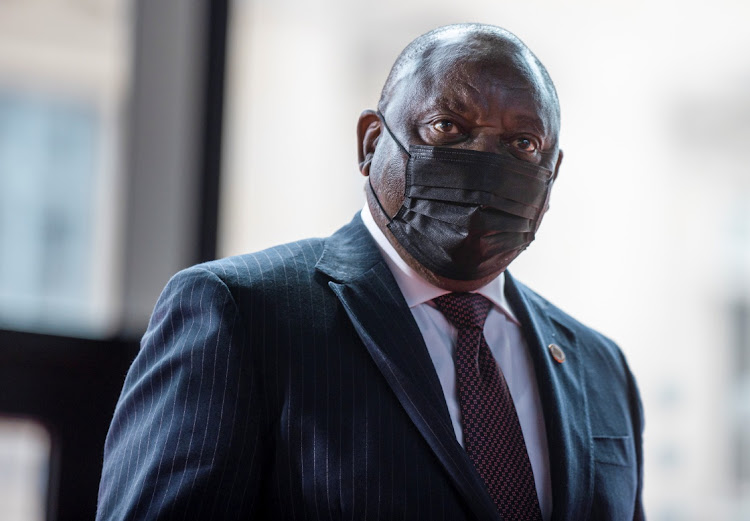 When suspended ANC secretary-general Ace Magashule purported to suspend Cyril Ramaphosa from the ANC, he acted in “vengeful spite”.

This is according to Ramaphosa, in court papers filed on Thursday. He was responding to the urgent court bid by Magashule to have his suspension set aside and the ANC’s “step-aside rule or regime” declared unconstitutional.

Under the step-aside regime, when an ANC member is charged with a serious criminal offence, they should step aside from their position. If they do not, they may be suspended.

On May 5, Magashule — who has been indicted on charges of fraud, corruption and money laundering — received a letter from the party's deputy secretary-general Jessie Duarte suspending him.

The same day, Ramaphosa received a letter from Magashule in which he, too, was told that he had been suspended. The letter was dated May 3, said Ramaphosa in his affidavit.

In his letter, Magashule claimed that he was acting pursuant to a decision of the ANC’s national working committee the same day. But this, said Ramaphosa, was “to his [Magashule’s] own knowledge, completely false”.

“Both he and I were at the meeting,” said Ramaphosa.

The decision of the May 3 meeting related to those who had been charged with corruption, said Ramaphosa, attaching the minutes of the meeting. Nor could Magashule suspend him under rule 25.70 of the ANC’s constitution, as he purported to do, as that rule only authorises the suspension of those “indicted to appear in a court of law on any charge”.

Instead, it was quite clear that Magashule was acting out of “vengeful spite” and not in the best interests of the ANC, said Ramaphosa.

Ramaphosa set out the reasons given by Magashule for his suspension, including that Ramaphosa “had been reported to the Serious Offences Directorate and the matter of sealed documents relating to your CR17 campaign ... is pending before our courts”.

The CR17 campaign saw Ramaphosa elected president of the ANC at the party's elective conference at Nasrec in December 2017. But Ramaphosa said the reasons given by Magashule were “an ill-informed distortion of the truth”.

The matter only came before the courts because the campaign had been unlawfully investigated by the public protector, he said, and attached the high court judgment saying as much to his affidavit.

The high court found that the evidence the public protector had did not give rise to a suspicion of money laundering and that Ramaphosa was not obliged to disclose donations to the CR17 campaign, he said. The public protector’s application to appeal is pending before the Constitutional Court, he said.

He added that no ANC structure had ever seriously suggested that he was guilty of any criminal conduct. However, when it was suggested there might have been something untoward about the CR17 campaign, he volunteered to go to the ANC’s integrity commission and it did not find him guilty of any misconduct, said Ramaphosa.

Deputy ANC secretary-general Jessie Duarte responds to Ace Magashule’s urgent court bid to have his suspension set aside and the ANC’s “step-aside ...
Politics
1 year ago

The sounds of ululating and chanting Jacob Zuma fans reverberated at Freedom Square outside the Pietermaritzburg high court on Wednesday, where the ...
News
1 year ago

Even if letter is legit, Magashule has no power to suspend Ramaphosa, says Gwede Mantashe

A leaked letter informing President Cyril Ramaphosa of his suspension - purporting to be coming from suspended secretary-general Ace Magashule’s ...
Politics
1 year ago