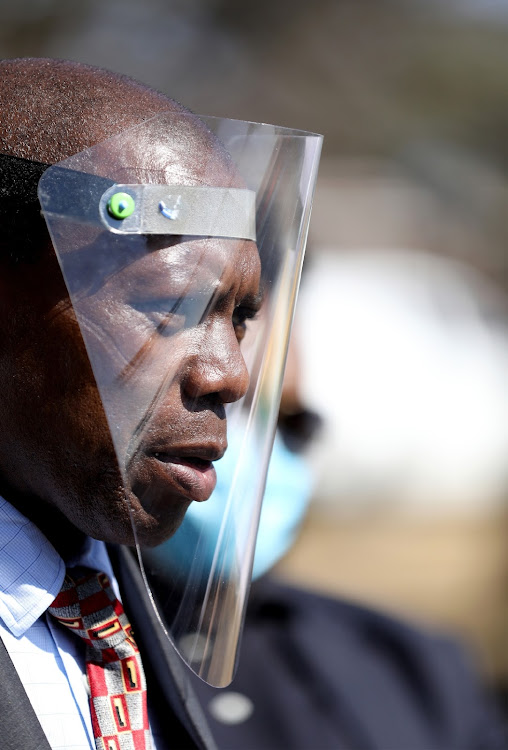 The embattled health minister Zweli Mkhize and his son Dedani have been referred to the National Prosecuting Authority (NPA) to consider charging them for corruption over “suspicious” payments they received from Digital Vibes.

This is contained in court papers the Special Investigating Unit (SIU) filed at the Special Tribunal on Thursday, where it is trying to recover R150m that was allegedly unlawfully paid by the department of health to Digital Vibes, a company owned by Mkhize’s close associate Tahera Mather.

According to the SIU, Mkhize received R6,720 from Digital Vibes, allegedly for maintenance at a Bryanston property, while his son received R3.8m. These monies allegedly amount to undue gratification as there is no evidence that they did any work for Digital Vibes.

Mkhize and his son are listed among 20 people to whom Digital Vibes paid R90m of the R150m the company received from their contract with the department of health, which the SIU contends was unlawful, invalid and has to be set aside.

There is no reasonable evidence why the listed individuals received payments from Digital Vibes, as they could not provide invoices and supporting documents, the investigations revealed.

In her founding affidavit, SIU lead investigator Rajendra Chunilall contends that evidence they have on the duo constitutes offences under several sections of the prevention and combating of corrupt activities act (Precca), and she wants the NPA to consider bringing charges.

“The following funds directly or indirectly received by these parties from Digital Vibes constitute undue gratification or were transferred for purposes of money laundering or as the proceeds of unlawful activities and derive from the unlawful payments that Digital Vibes received from the NDOH in terms of the impugned transactions, which were made without any proof of goods, works of services (i.e. value) rendered by such parties in exchange for such funds (i.e. these parties were directly or indirectly unduly enriched to the ultimate detriment of the NDOH),” Chunilall contends in her affidavit.

Mkhize is alleged to have pressured senior officials to appoint Digital Vibes for the R150m communications contract.

The SIU is tasked mainly with recovering ill-gotten money from unlawful contracts, but in instances where it believes there is enough evidence for prosecution, it can refer cases to the NPA under sections 4(1)(d) and 4.2.

“The SIU's investigations have revealed evidence that the impugned transactions took place in circumstances constituting the commission of offences in terms, inter alia, section 3 read with sections 24 and 26 of the prevention and combating of corrupt activities act, 2004 (Act No 12 of 2004) committed by, inter alia, the fifth (Mkhize) and sixth (Dedani) respondents. This evidence has been referred to National Prosecuting Authority by the SIU in terms of sections 4(1)(d) and 4(2) of the SIU act,” Chunilall says in the papers.

“Certain evidence is relied upon to support grounds of review of the impugned transactions and it is accordingly necessary to provide the evidence supporting this contention. The fifth and sixth respondents accordingly have an interest in this application sufficient for them be 'interested parties' in terms of the SIU Act, and the SIU is seeking relief against them, as set out in the notice of motion (i.e. repayment of any and all funds that they directly or indirectly received from Digital Vibes, Ms [Tahera] Mather, Ms [Naadhira] Mitha, Ms [Radha] Hariram and/or from persons or entities associated with them."​

The Sunday Times reported last month that in their report which was handed to President Cyril Ramaphosa, SIU investigators alleged that Mkhize “pressured” officials in his department to appoint the company when it was first contracted to the department in 2019 to work on communications for the National Health Insurance (NHI) scheme.

This was after failed attempts, allegedly driven by the department's then deputy director-general Dr Anban Pillay, to appoint Mather to a consultancy contract at the department.

Mkhize has consistently denied any these allegations and said that Mather was not his personal friend. He also denied benefiting from the Digital Vibes deal.

The SIU wants to recover the R150m from Digital Vibes, its owners or controllers as well as any individual who participated “in the fraudulent and unlawful scheme” including Mkhize and his son Dedani.

It contends that the department of health received “little or no value for money in respect of services provided to it”, as more than 60% of the money was paid to individuals and companies for not having done any work.

President Cyril Ramaphosa says a possible "reconfiguration" of his cabinet is under consideration.
Politics
2 months ago

The standing committee on public accounts on Tuesday told parliament the presidency has asked the Special Investigating Unit to provide further ...
Politics
3 months ago

Embattled health minister Zweli Mkhize has been implicated in the Digital Vibes scandal through a WhatsApp he allegedly sent to a senior official in ...
News
3 months ago

Health minister Zweli Mkhize is alleged to have pressured senior officials in the health department to appoint Digital Vibes, a company run by two ...
News
3 months ago