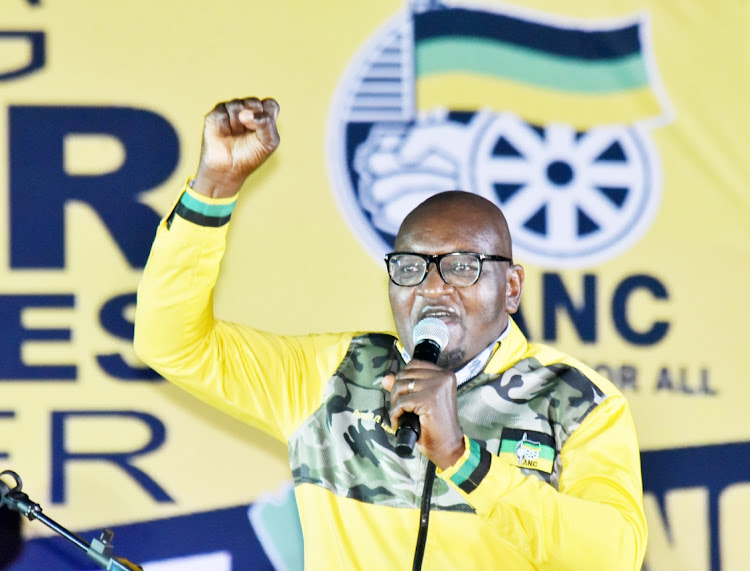 The ANC Ekurhuleni conference feels like a war zone.

This is according ANC Gauteng chairperson David Makhura who used his keynote address at the opening of the party's regional conference on Saturday to condemn the infighting that has seen heavily-armed security guarding the conference venue.

This follows violent scenes at the conference venue, the Indaba Hotel in Fourways

Dozens of heavily-armed men dressed in black have been spread across the venue, especially around the gate area.

“When you walk around here it’s like a war zone. This must make us ashamed as ANC members,” Makhura said. “I see arms. I see the sort of things happening that says this is not a conference of the ANC. We must be ashamed.”

Chairs, bricks and fists flew between delegates and security during the registration of delegates in Boksburg and Fourways on Friday over disputes and unhappiness over some branches being excluded from the  conference for failing to meet certain requirements.

Violence also broke out over concerns around the delay of registrations. Makhura tore into the delegates saying he has seen weapons at the venue that he has never seen before at an ANC conference.

The ANC Johannesburg regional conference has again been postponed.
Politics
1 month ago

He said branch delegates must know there are guidelines to be followed for them to be part of a conference because “you don’t just arrive at conference”.

The current chair of the region Mzwandile Masina is seeking a third term and is up against his former ally Doctor Xhakaza. Makhura said the scenes he had witnessed at the conference were “un-ANC” and he was worried about how the governing party was being portrayed in public.

He said the problem was that instead of discussing issues affecting communities in Ekurhuleni such as Thembisa, conference delegates were more concerned about who gets  elected. This, he said, was what was leading to the violence because those standing for positions believe blood should spill if they don’t get elected.

Conferences, he said, were about adopting policy positions and for discussions on how to best serve South Africans.

ANC develops document on how to handle members charged with crimes

The ANC has formulated a document that outlines how and in what circumstances its members affected by the "step-aside rule" can participate in party ...
Politics
1 month ago

The ANC Johannesburg regional conference has again been postponed.
Politics
1 month ago