'Ramaphosa has taken us back to colonial era': Shivambu on load-shedding mention in UK parliament 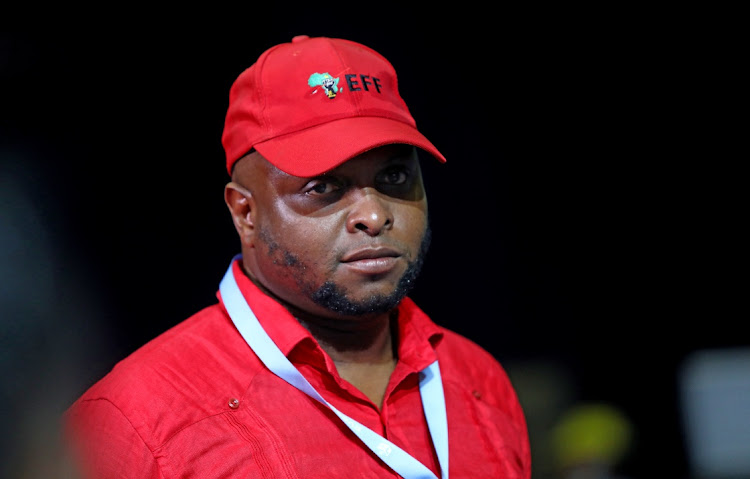 EFF deputy leader Floyd Shivambu has weighed in on SA’s load-shedding getting a mention in the British parliament.

This after MPs questioned how SA was going to rid itself of corruption and the ongoing stage 6 load-shedding.

Shivambu said Ramaphosa had taken SA back to colonial era and called for him to “fall”.

“The ANC of Ramaphosa has burnt parliament here in SA and the colonial British parliament is busy discussing our energy crisis,” said Shivambu.

“Despite committing multiple crimes in Phala Phala, Ramaphosa has taken us back to the  colonial era. He must fall.” .

The anc of ramapho$a has burned @ParliamentofRSA here in South Africa and the colonial British parliament is busy discussing our energy crises. Despite committing multiple crimes in Phala Phala, ramapho$a has taken us back to colonial era. He must fall! pic.twitter.com/D0g5JROxT4

Shivambu said Johnson had been “given illegal permission” to discuss SA’s electricity solutions.

“Boris must fall. He was given illegal permission by a puppet to discuss SA’s electricity solutions. So he must fall this week and soon it will be his puppet friend here. A motion of no confidence is a better sword if he refuses to fall on his own sword,” he said.

Shivambu said the Phala Phala farm scandal reinforces claims by the EFF that Ramaphosa is unfit to run the country.
Politics
1 month ago

Shivambu had previously revealed the EFF would soon table a motion of no confidence against Ramaphosa in parliament.

He said the Phala Phala scandal reinforced claims by the EFF that Ramaphosa was unfit to run the country.

“We have a criminal who is the head of SA today with millions of dollars hidden under mattresses and sofas. That is what we are faced with. That is why, as the EFF, we are taking a script from Chris Hani to say we will never allow Ramaphosa to vandalise our country.

“I can tell you now that when we go back to parliament and table a motion of no confidence there, Ramaphosa will not come back alive there. You will not be a president,” he said.

Shivambu urged South Africans to consider themselves their own liberators and leaders to serve the public selflessly.

“If your obsession as a leader is to make more money for yourself, you must know that you are nowhere close to being like Chris Hani,” he said.

Steenhuisen calls for parliament to reconvene to deal with load-shedding, fuel price and Phala Phala saga

DA leader John Steenhuisen has called on parliament to reconvene urgently to deal with load-shedding, the fuel price hike and President Cyril ...
Politics
1 month ago

"Imagine if cabinet ministers who oversaw state capture [in SA] had the courage to resign in the face of such serious allegations. We need direct ...
Politics
1 month ago