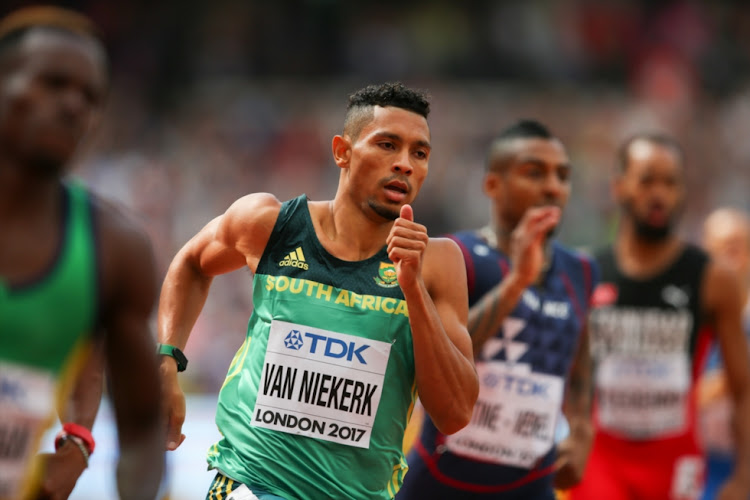 Wayde van Niekerk of South Africa in the heats of the mens 400m during day 2 of the 16th IAAF World Athletics Championships 2017 at The Stadium, Queen Elizabeth Olympic Park on August 05, 2017 in London, England.
Image: Roger Sedres/ImageSA/Gallo Images

Wayde van Niekerk qualified for the 200m final at the world championships, but he had to do it as a fastest qualifier in the semifinals in London on Wednesday night.

Van Niekerk ended third in his heat as he clocked 20.28, the seventh-best time overall.

The fastest is American Isiah Young in 20.12.

But the other South African in the field, Akani Simbine, was unable to make it, ending seventh in his semifinal in 20.62.

Isaac Makwala of Botswana, who was allowed to return to competition and qualified by going faster that 20.53 in a time trial earlier in the evening, was slotted into Simbine's heat where he was the second automatic qualifier in 20.14, making him the joint-second seed alongside Jereem Richards of Trinidad and Tobago.