Minster Mthethwa: ‘SA performed much below what was expected’ in Tokyo 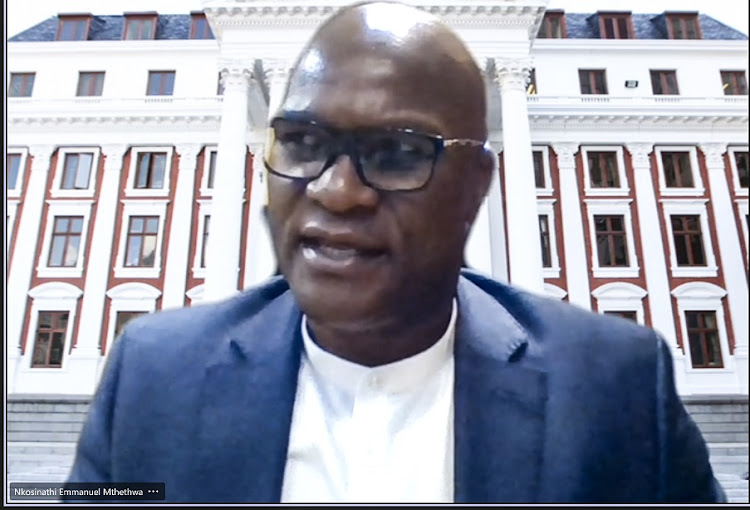 Sports minister Nathi Mthewa speaks digitally in the live engagement session called #ForTheRecord in Ekurhuleni on August 5, 2021. These sessions are intended to provide interactive communication between the ministry and the media through a monthly open dialogue.
Image: Gallo Images/OJ Koloti

Sports minister Nathi Mthethwa has described the overall performance of Team SA at the Olympic Games in Tokyo as having been below expectations.

The SA Sport and Confederation and Olympic Committee (Sascoc) sent a squad of 185 athletes‚ the largest contingent the country has ever sent to an Olympics‚ to participate in 17 of the 33 sporting codes in Japan.

“I can say it here that I think SA performed much below what was expected of us as a country,” Mthethwa said.

He said while he believed the team could have done better, his department would have a full post-mortem when all the athletes and Sascoc officials returned from Japan.

“To the performance of Team SA, I said that I don’t want to delve deeper into the matter of their performance at the Olympics until the athletes and Sascoc officials are also is back in the country,” he said.

“We will have a post-mortem of what happened in Tokyo, but I am saying that we could have done better and put ourselves in a better position than where we are currently.

“We will delve deeper into this matter when the Olympics are over, and look into what it is that needs to be done to ensure that we change the status quo.”

Mthethwa said part of changing the status quo will be to focus more on school sports.

“Schools sport is really important for government and I have already met with my counterpart at Basic Education, Angie Motshekga.

“The past year and this one have been seriously affected by and large by Covid-19 but we have met and we have looked at out memorandum of agreement (MoA) in ensuring that schools sport is jacked up.

“Both of us, we have told our officials to report on how we can make the intervention better because we can push others, which we have to, but we as government must also play our role.

“So we are on that path of ensuring there is transformation so that when you have a team representing SA it reflects SA demographics. We have to understand therefore to the matter related to cricket that it is part and parcel of the broader process of transformation and it is not cricket alone.”

Sports minister Nathi Mthethwa says the team that SA sent to the Olympic Games in Tokyo does not reflect the demographics of the country.
Sport
9 months ago

TOM EATON | He didn’t mention arts and culture, but he’d be a better sport than Nathi

Going for gold! Roland Schoeman writes to Ramaphosa to offer his services as sports minister

Schoeman said ministers should have the necessary know-how to serve in their portfolios, coupled with real-world experience.
Sport
9 months ago