Matt Fitzpatrick jumps to No. 10 in OWGR, Rory McIlroy up to No. 2 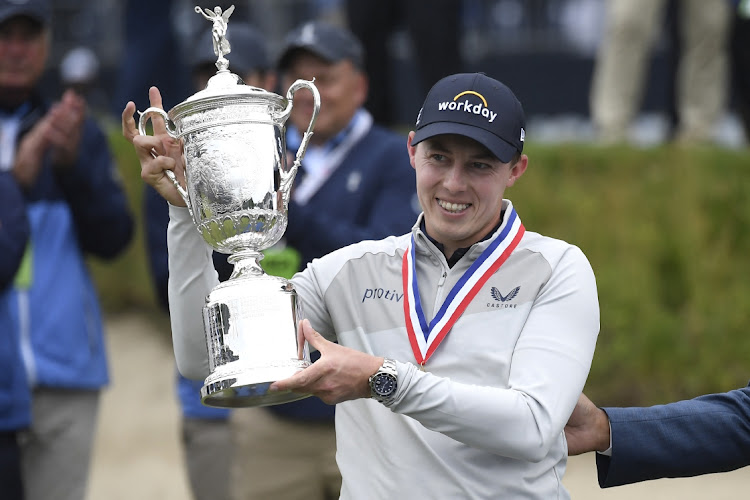 The Englishman's victory at the US Open bumped him up eight spots to No. 10 in the Official World Golf Ranking.

The 27-year-old posted a 6-under-par 274 at The Country Club in Brookline, Mass., which was the same course where he won the 2013 US Amateur. Fitzpatrick beat Will Zalatoris and world No. 1 Scottie Scheffler by one shot.

The breakthrough came after Fitzpatrick tied for fifth at last month's PGA Championship and had six other top-10 finishes on the PGA Tour this season. He began the calendar year No. 24 in the world.

Rory McIlroy of Northern Ireland moved up a place to displace Jon Rahm of Spain at the No. 2 spot behind Scheffler. Though he remains without a major title since 2014, McIlroy had another strong showing at the US Open and used a final-round 69 to tie for fifth at 2 under.

England’s Matt Fitzpatrick delivered a shot for the ages when he needed it most on Sunday, finding the green from a fairway bunker at the last hole ...
Sport
1 week ago

Rahm is now No. 3 after shooting a final-round 74 on Sunday and dropped to a tie for 12th at 1 over.

It's McIlroy's first week ranked in the top two since July 2020, which was the same month his most recent stint as world No. 1 ended. He slipped as far as No. 16 last year.

Collin Morikawa tied with McIlroy at 2 under for the week and managed to jump three spots, from No. 7 in the world to No. 4. Justin Thomas remained fifth.

In finishing second at a major for the third time in his young career, Zalatoris also moved up two spots in the OWGR standings and achieved a career high of No. 12. Zalatoris is still in search of his first PGA Tour victory.

Two other beneficiaries of the increased OWGR points on offer at the US Open were Adam Hadwin of Canada and Denny McCarthy, who were part of a tie for seventh at 1 under. Hadwin jumped from No. 105 to No. 81 on Monday. McCarthy soared from No. 121 in the world to No. 93.

Defending champion Jon Rahm squandered a chance to take the lead into the final round of the US Open after a closing double-bogey left him one shot ...
Sport
2 weeks ago

England’s Matt Fitzpatrick delivered a shot for the ages when he needed it most on Sunday, finding the green from a fairway bunker at the last hole ...
Sport
1 week ago