Philander or not‚ SA's series could be in the toilet 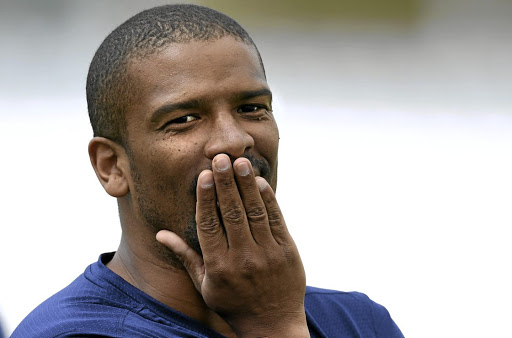 Vernon Philander hopes to see more of the fourth test between England and South Africa‚ which starts at Old Trafford on Friday‚ than he did of the previous match.

Much of The Oval test was hidden from his view by the wall of a hospital ward or a toilet door.

Philander came down with a virus on the first morning‚ and spent most of the match shuttling between the bathroom and the boundary — and the second night of the game in hospital.

The lowdown on SA's hat-trick habit

Manchester — South Africa have a reputation for delivering spectacular bowling performances‚ but Monday’s events at The Oval suggested the converse ...
Sport
4 years ago

“I’m feeling a lot more hydrated‚” Philander‚ visibly leaner than he looked a week ago‚ said on Wednesday.

“It was a lot worse having to bowl and having lost a lot of fluid‚ from the top and the bottom.

“That was always the issue — being on the loo and then having to go out and bowl.

“I couldn’t keep anything down.”

Consequently‚ Philander bowled only 32 of the 183.1 overs South Africa sent down in the match‚ which England won by 239 runs to take an unassailable 2-1 series lead.

Cricket SA (CSA) has denied reports that the board asked chief executive Haroon Lorgat to resign as a result of a fallout he has had with chief ...
Sport
4 years ago

How differently might things have panned out if South Africa’s spearhead was able to fire on all cylinders‚ and that with the ball nipping off the seam appreciably for most of the match?

“In any bowling line-up‚ if there’s a link missing you feel it‚” Philander said.

“I’m quite an important part in that line-up‚ and having gone out there and bowled‚ probably at 70 or 80%‚ I could feel my intensity was missed.

“If you can’t go at 100% — and the conditions were suited to us — and having to go off and replenish and come back on‚ it was frustrating not to be out there or bowl longer spells.”

The upshot is that South Africa have to win in Manchester if they aren’t to suffer their first series defeat in the four rubbers they have played here since 1998.

“We all admitted it wasn’t our best test‚” Philander said of South Africa’s performance at The Oval.

South Africans have been dismissed 102 times in the last six tests they have played‚ starting with the match against New Zealand in Dunedin in March.
Sport
4 years ago

“We let ourselves down with the bat in the first innings [of 175].

“We’re looking forward to correct those mistakes in this one.”

Philander took heart from the sweeping swigs and rollicking roundabouts of the series so far.

The hammering South Africa took at The Oval was preceded by their 340-run win at Trent Bridge‚ which followed England’s victory by 211 runs at Lord’s.

Did that mean it was South Africa’s turn to win at Old Trafford?

“It’s been a rollercoaster.”

But the teams will face an opponent apart from each other: the weather.

South Africa’s training session on Wednesday was forced indoors after five minutes of foot-volleyball‚ and the pitch and much of the outfield remained under cover for the duration.

When those covers were drawn back‚ pools of water spooled onto the turf.

Near the boundary‚ a set of heat lamps perched on a gantry was being used to dry a particularly soggy patch.

All of which might mean the series‚ as far as South Africa are concerned‚ could finish in the toilet.