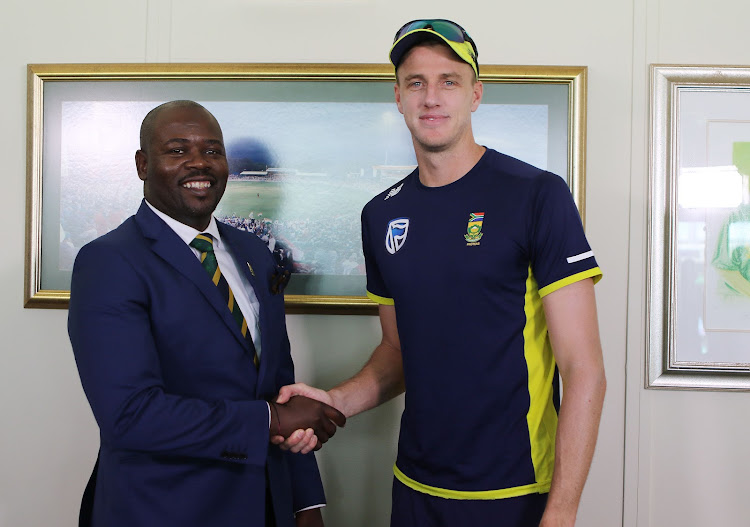 There will be a hole 1.96 metres tall in South Africa’s attack from April with the news that Morne Morkel has pulled the plug on his international career.

Morkel told reporters in Durban on Monday that the Test series against Australia‚ which starts at Kingsmead on Thursday and is scheduled to end at the Wanderers on April 3‚ will be the last he will be seen in a South Africa shirt in any format.

“It was an extremely tough decision but I feel the time is right to start a new chapter‚” Morkel said.

“I have a young family and a foreign wife‚ and the current demanding international schedule has put a lot of strain us.

“I have to put them first and this decision will only benefit us going forward.”

Morkel and his Australian wife‚ Roz Kelly Morkel‚ have a young son.

Theories that Morkel was thinking of calling it quits have swirled for months‚ with the prevailing version that he would try to make it to the 2019 World Cup.

In September the fast bowler said he would seek clarity from then new South Africa coach Ottis Gibson on the issue: “I will ask him what his plans are for 2019; I only have a one-year contract so I need to weigh that up as well.”

Morkel was South Africa’s leading wicket-taker in the test series in England last year and he claimed 13 against India this summer.

He is in the form of his career and an important part of a bowling unit that is undergoing unwanted change in the shape of intermittent injuries to stalwarts like Dale Steyn and Vernon Philander.

So‚ why retire now?

His father‚ Albert Morkel‚ told the Mumbai Mirror in January that‚ “He [Morne Morkel] is 33 and can’t wait too long.

“There have been developments in which there is no guarantee that his place is assured in the South African XI.

“In the absence of any such assurances‚ he would leave for England.

Morne Morkel denied the story at the time‚ saying: “There’s still plenty of goals I want to achieve; there’s no truth to that.”

It seems he will chase those goals at other levels.

“I still feel there is a lot of cricket left in me and I am excited for what lies ahead‚” he said on Monday.

Morkel has taken 294 wickets in his 83 tests‚ which puts him in fifth place on South Africa’s list of all-time wicket-takers.