It's dark in Tim Paine's alley 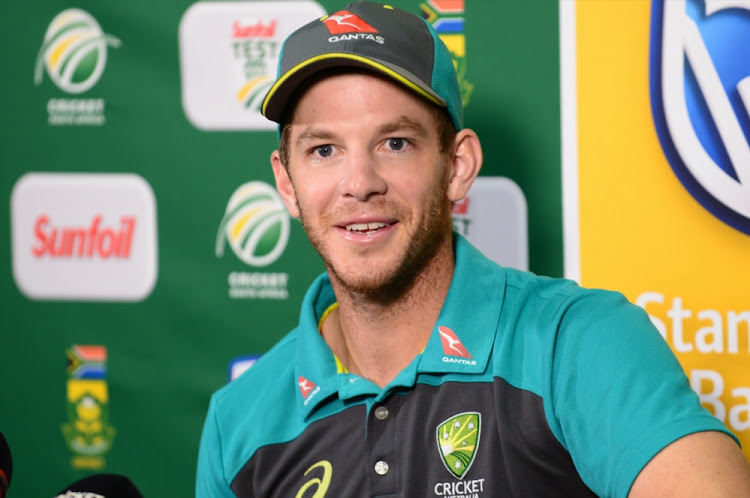 If he didn’t know it already Tim Paine discovered at the weekend that life isn’t fair.

He crossed the boundary at Newlands on Saturday morning as the wicketkeeper of an Australia team who were the sporting pride of their nation.

By the time he stepped back across the ropes at stumps he was a member of a gang of ball-tampering cheats who the target furious abuse being heaved from thousands of kilometres and several time zones away.

By Sunday morning he was the captain of that cursed team.

By the evening of Sunday‚ bloody Sunday he was explaining to the gathered press the how and why of his sorry bunch of shellshocked‚ ball-tampering cheats managing to lose all 10 wickets for 57 runs in 19.4 overs and 99 minutes to South Africa‚ who won the third test by 322 runs with a day to spare.

The visitors, who need 430 to beat South Africa, were 47 without loss at tea on the fourth day at Newlands on Sunday. Cameron Bancroft was 22 not out ...
Sport
3 years ago

“It was extremely difficult‚” Paine‚ who was made captain for the rest of the Newlands test on Sunday morning after Steve Smith and his deputy‚ David Warner‚ stood down from their positions in the wake of Australia’s admissions of ball-tampering on Saturday.

“That’s certainly no excuse for what you saw in the last 45 minutes [of the match].

“We’re still the Australian cricket team and we’re expected to put up a bit better effort than we did today.

“It’s been a horrible 24 hours. We’re struggling. Probably the reality and the enormity of what happened is starting to sink in.”

Being hammered in‚ more like‚ by a tsunami of criticism from home led by no less than Australia’s Prime Minister‚ Malcolm Turnbull.

“It seemed completely beyond belief that the Australian cricket team had been involved in cheating‚” Turnbull told the Melbourne Age.

Australia are facing a mountain of runs to win the third test and a hurricane of disapproval over their admission of ball-tampering.
Sport
3 years ago

“After all our cricketers are role models and cricket is synonymous with fair play.

“How can our team be engaged in cheating like this?

Did the players foresee that level of outrage?

“Maybe some did‚” Paine said.

“I don’t think all would have expected this to be as big as it has been‚ particularly the fallout that we’ve seen from back home.”

Notwithstanding the fact that the Australians have caused their own problems‚ there’s cruelty in the series resuming at the Wanderers on Friday.

“Going forward we can try and control how we are seen by the Australian public‚ become the team we want to become and they want us to be seen as‚” Paine said.

Australia captain Steve Smith has been banned for the fourth test against South Africa for his role in the ball-tampering scandal‚ the International ...
Sport
3 years ago

No-one can yet say who will lead Australia at the Wanderers. Smith has been banned for the match by the International Cricket Council‚ and Warner could be suspended on the grounds of what is revealed by the investigation Cricket Australia are urgently mounting.

Paine‚ a seemingly decent man‚ could keep a job he and many other Australians would ordinarily covet.

But these are extraordinary times.

“Strange‚” was how he said it felt to be Australia’s captain.

“Not the circumstances that anyone would like to be sitting here‚ that’s for sure.

Hang in there‚ fella. There’s more to come.

South Africa all but batted crisis-hit‚ distracted Australia out of the third test at Newlands on Sunday.
Sport
3 years ago

Steve Smith and David Warner have stepped down as Australia’s captain and vice-captain for the rest of the third test against South Africa at ...
Sport
3 years ago