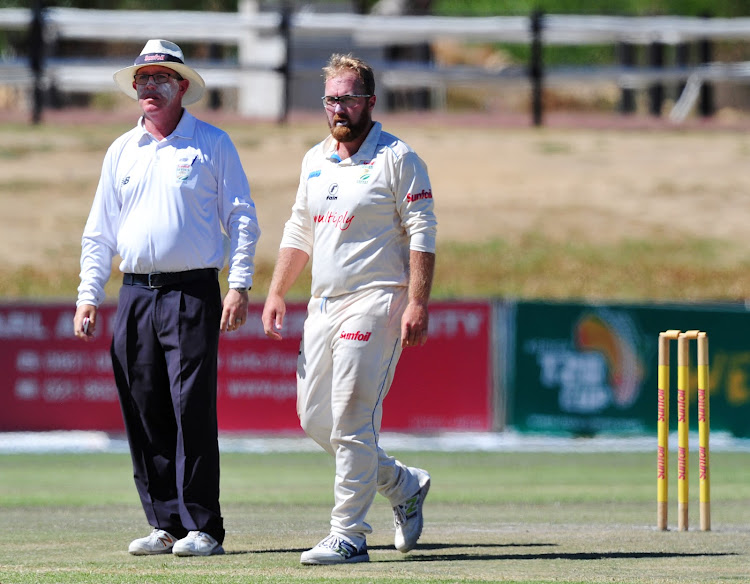 The Titans wrist-spinner Shaun von Berg says at age 31, he had starrted to think that he will never make it to the Proteas - South Africa's senior men's national cricket team.
Image: Ryan Wilkisky/BackpagePix

Shaun von Berg had given up hope of ever representing his country until he was called up to the Proteas’ squad for the outgoing tour of Sri Lanka.

The 31-year old Titans leg-spinner‚ who will be on the plane to the sub-continent as one of the three spinners in coach Ottis Gibson’s squad next month‚ said the unexpected selection is a realisation of a school boy’s dream.

“At one stage‚ I didn’t think it was going to happen when I broke my finger about three years ago‚” he said.

“I was basically out of action for the entire season and it was not looking too good.

"But I managed to come back stronger and kept on performing.

"It’s a dream come true‚ it is every boy’s dream from a young age and it is just that it took a little bit longer than some of the other guys.”

Conditions are going to be on the slower side in Sri Lanka and could possibly provide notable turn‚ but Von Berg should have an advantage as he was once on a spin bowling camp in Sri Lanka.

“One of the spin bowling camps that I attended with the Proteas was in Sri Lanka and I sort of know the conditions a little bit having bowled there once‚" he said.

"I have not played in a competitive match but you still have to bowl your best ball every time as much as you can.

"The other important thing is that the pace you are going to bowl must make a difference and you must have the right pace to bowl at them.

“It is always nice to tour the sub-continent.

"I have been going there for a while on camps and you learn something every time.

"I spoke more to the coaches about game plans‚ field placings and stuff like that.

"I always like to listen to the coaches when they speak to the batters so that I can think more like a batsman instead of a bowler.”

Von Berg is notable for his unusual bowling action that is similar to Shane Warne's‚ but he insisted that he never tried to copy the controversial Australian legend.

“I watched him a bit when he was playing at the back end of his career but I didn’t try to copy him‚" he said.

"The action I have now is natural and it is nice to hear people compare me to him.

"I actually bowled in-swingers when I was young and my slower ball was a leg spinner and guys got stumped.

"As the years went on‚ it sort of came naturally‚” he said‚ adding that he has also worked on his batting over the past few seasons.

“It all started when former coach Rob Walter was at the Titans because he put me under pressure to score runs at the bottom end of the innings and I changed my mindset.

"Mark Boucher also put me under a lot of pressure to score runs and he always tells me when I am doing wrong.”

He has scored five centuries and 17 half-centuries batting down the order.