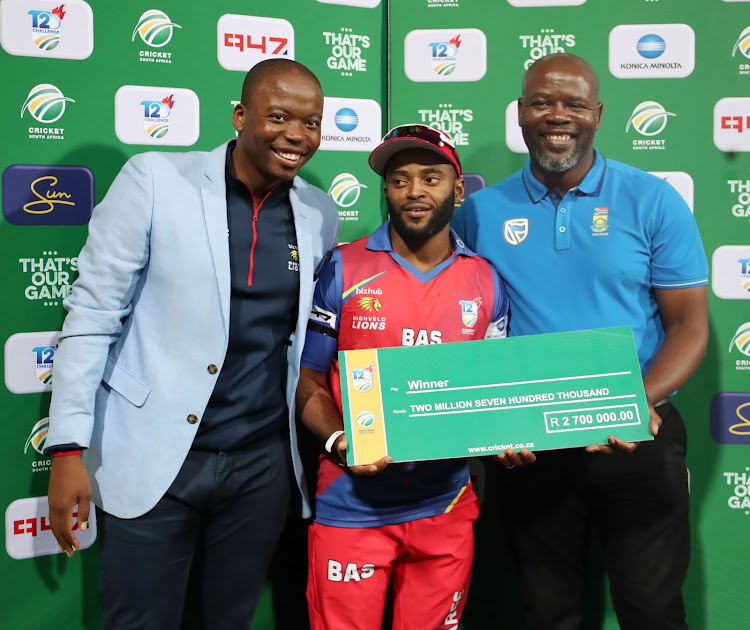 Gauteng cricket boss Jack Madiseng‚ once tipped for the Cricket South Africa (CSA) presidency‚ will step down from his role as Central Gauteng Lions (CGL) president at Saturday’s annual general meeting in Johannesburg.

The departure of Madiseng means Gauteng cricket will have a new boss after the May 9 election and ends his perceived desire to replace Chris Nenzani as CSA president.

CGL chief executive Jono Leaf-Wright wrote to the clubs last week informing them that Madiseng will not be standing for re-election.

Madiseng declined to comment when contacted by TimesLIVE on Wednesday and referred media queries to communications manager Wanele Mngomezulu.

“I am actually in the process of drafting a formal press statement regarding the end of the current board’s tenure‚ expect it on Thursday‚” Mngomezulu told TimesLIVE.

An interest group that advocates for the rights of previously disadvantaged cricket clubs is calling for cool heads in the wake of the Judge Ngoepe ...
Sport
2 years ago

Madiseng‚ described as a powerful figure in cricket circles and who was eyeing the CSA presidency‚ replaced Thabang Moroe as CGL president in 2016 and joined CSA board as a non-independent director in February last year.

But he quit his CSA board membership in protest ten months later in December as the governing body unravelled with three board resignations before him.

Madiseng berated Nenzani and his deputy Beresford Williams for “lack or poor leadership” in regards to the governance howlers of late last year under now suspended Moroe.

As CGL chairperson Madiseng called for the removal of the CSA board in his December resignation from the governing body in December and enjoyed public support from the KwaZulu-Natal and Western Province provincial unions.

The transformation saga at the troubled Central Gauteng Lions (CGL) took a vicious turn after two board members resigned with immediate effect in ...
Sport
2 years ago

Under Madiseng’s leadership‚ the Lions franchise has been consistently competitive and won everything there is to win on the domestic circuit while also delivering the goods on the sponsorship and governance front.

His intention to step aside from all forms of cricket at CGL was this week preceded by the resignations of two board members.

Ntsongo Sibiya and Koketso Muller quit as a matter of principle on Monday after the CGL clubs defied two reports from two retired judges and a directive from CSA.

Sibiya and Muller were on the nominees list for the CGL presidency at Saturday’s elections but their exit disqualifies them for any board position.

There are seven vacancies on the seven-member board for non-independent directors and the election is expected to be closely contested.

There were 18 nominees for the non-independent directors but Madiseng‚ Sibiya and Mullers’ resignations cut the number to 15.

The last non-independent director Brian van Rooyen’s name does not appear on the nomination list sent out to clubs.

Patterson‚ Manack and Lesele served as alternate directors (directors with no voting rights) but now their names appear on the nomination list of non-independents.

The resignations at CGL came in the wake of the majority of clubs blatantly voting against the recommendations of both the Langa and Ngoepe Reports.

The two reports found that while the franchise has thrived on the field of play‚ transformation in Gauteng cricket has received “cosmetic changes” over the years.

TimesLIVE understands that CSA is working around the clock behind the scenes to get the CGL membership to vote in line with recommendations from the two report at Saturday’s gathering to avoid a possible legal challenge from the previously disadvantaged constituencies.

“CSA believes that transformation continues to be one of the country's key national priorities and we will continue to work hand in hand with all fraternity stakeholders to resolve issues that affect the sport of cricket‚” the mother body said in a statement to TimesLIVE on Wednesday in response to their plan of action in regards to getting the CGL clubs to toe the line.

The corporate governance howlers of late last year at Cricket South Africa (CSA) appear to have been so bad the national governing body has failed to ...
Sport
2 years ago