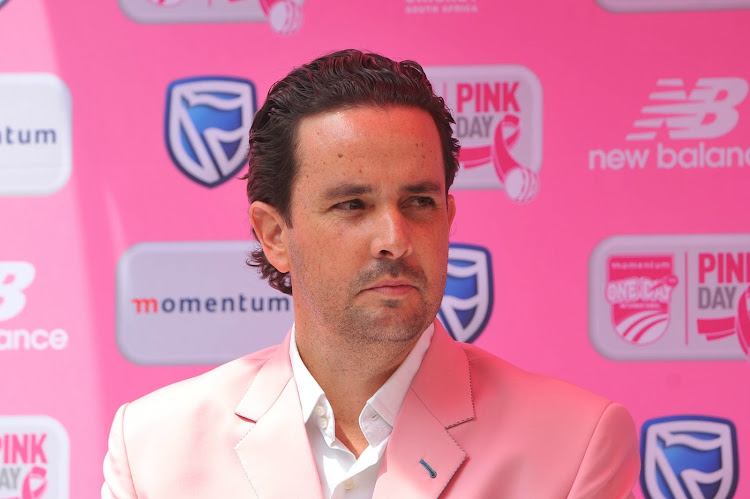 Cricket South Africa (CSA) seem to be on a collision course with the Gauteng provincial board after the Central Gauteng Lions (CGL) appeared to defy a directive from by the national controlling body.

CSA had to step in and exert its authority after CGL clubs seemingly undermined the findings and recommendations of the Ngoepe Report at a meeting in March.

A commission of inquiry chaired by Judge Bernard Ngoepe ruled in December that transformation at Gauteng cricket has only received “cosmetic changes”.

The 60-page ruling recommended that the current CGL board composition of a three-two-two split be “retained”.

The three-two-two split stems from a racial voting bloc system dating as far back as the Langa Report of 2010.

It was implemented from 2013 and sees black Africans‚ under the Black African Cricket Clubs umbrella (BACC)‚ occupy the majority of the seven seats reserved for non-independent directors on the CGL board.

Ngoepe said given the obvious importance of the role of the board as the determiner of policy‚ its composition is relevant to the issue of provision of facilities and distribution of funds in the province.

An interest group that advocates for the rights of previously disadvantaged cricket clubs is calling for cool heads in the wake of the Judge Ngoepe ...
Sport
1 year ago

By retaining a three-two-two split‚ Judge Ngoepe ruled‚ “the board would have in its midst members conversant with the challenges and needs of each such group.”

But CGL clubs‚ mainly from previously advantaged backgrounds‚ voted in a manner that goes against the guidelines of the Ngoepe Report as the majority preferred a two-two-two plus one split.

The two-two-two plus one split sees the black African community taking two seats‚ white clubs two‚ another two to coloured and Indian clubs while the seventh member will be voted in by a simple majority.

Another scenario where black Africans will occupy four seats was proposed and defeated outright.

Judge Ngoepe said the onus is on CSA as the controlling body to ensure that CGL fully implements his findings and recommendations.

“So we agree with Judge Ngoepe that we hold the ultimate responsibility to ensure that the full contents of his report should receive the most favourable consideration and that his recommendations should be fully implemented‚” CSA said in a statement to TimesLIVE after this publication revealed the contents of the Ngoepe report for the first time to the public last week.

But CGL CEO Jono Leaf-Wright said to TimesLIVE: “The Members Council which is the highest decision making body of CGL and whom we take guidance from were sent Judge Ngoepe’s report for review.

“The members council decided that it did not want to continue the constituencies and the seven non-independent board members would be nominated by any clubs and elected in a democratic vote at the AGM.

“The composition of the board is being decided by the members council by a vote in a special resolution which has been sent to all clubs to vote on.

“The auditors are receiving the votes directly. It is pleasing that all members don’t want constituencies anymore and I am personally looking forward to a united CGL board working together for cricket.

“I am looking forward to a board supporting each other and all members being held accountable for all cricket in our province."

Asked what is CGL's comment in regards to its decision-making body voting against the findings of Judge Ngoepe‚ Leaf-Wright said: “I can only communicate the decision made by the CGL members council which consists over 50 clubs.”

Asked to comment on a letter from CSA requesting a comprehensive plan of action on the implementation of the recommendations of the Ngoepe Report‚ Leaf-Wright said: “We sent CSA our members council decision and timelines accordingly.

“I am sure constituencies will continue but all clubs affiliated to CGL have unanimously agreed to not nominate board members according to the constituency they are from so CGL can achieve a truly representative board composition‚” added Leaf-Wright.

Asked if he thinks the composition of the board will be in line with the Ngoepe Report after the May 9 election‚ Leaf-Wright said: “I cannot comment on that as the members council decides and are still voting on the composition via a special resolution directly to the auditors.

“The voting deadline has not ended and voting is still in progress. The members council as the highest decision making body will decide on the composition.”

It is not clear what CSA will do should the CGL membership fail to adhere to the Ngoepe findings.

The Western Province Cricket Association (WPCA) became the second province to officially call for the immediate resignation of the embattled but ...
Sport
1 year ago

Calls for CSA board to be disbanded are 'nonsense', says EC cricket boss