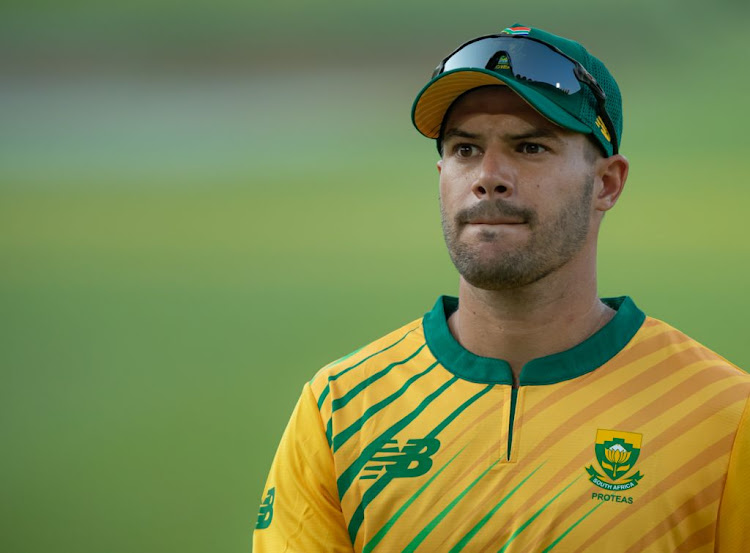 In 2014, the wide-eyed Markram led a talented South African U19 side to their maiden and only ICC U19 World Cup glory after they defeated Pakistan in the final that was played in Dubai.

Seven years on, the 26-year-old Markram is back on the biggest stage with the Proteas for the coming T20 World Cup in the United Arab Emirates (UAE) and Oman, and he is expecting pressure.

The other players in the Proteas squad to have won the junior World Cup in 2014 are frontline fast bowler Kagiso Rabada and all-rounder Andile Phehlukwayo, who is a travelling standby player.

“The first thing that comes to my mind is obviously the fact that the pressure is a lot more at the senior World Cup,” said Markram as the Proteas prepared to open the tournament with a mouth-watering clash against rivals Australia.

Markram, who was named the player of the tournament at the U19 World Cup in 2014, said the players must be able to perform to acceptable levels under constant pressure to deliver results.

“Every World Cup is always a high-pressure environment and ultimately under that pressure you need to perform as individuals to help the team to win matches, but also to put together performances together as a team.

“At U19 level there isn’t too much of that, there wasn’t too much media exposure and a lot less pressure to bring the trophy back home. You experience the same type of things but it is a little bit exaggerated at the senior World Cup, whether it is in T20 or 50 overs.”

After the World Cup, the Proteas have a busy summer against the Netherlands, India and Bangladesh in SA and Markram has welcomed the return of spectators to the stadium.

“I was not even aware of that but I saw over the past few weeks that there have been talks of this happening, and that’s good news. For the players, it’s always exciting playing in front of crowds and our supporters at home are always in our corner, and they really love the game of cricket.

“It’ll  really be nice to have them back in the stadium during the summer. It won't be full capacity but it's better than nothing to be honest and it's a win-win for everyone. We love performing in front of them and they will have an enjoyable time watching us perform.”

Cricket SA= board chairperson Lawson Naidoo said while the proverbial storm is not over, there are encouraging signs the organisation is on the right ...
Sport
3 months ago

Cricket Australia chairman Earl Eddings resigned on Wednesday, a day before he was due to stand for re-election at the board's annual general meeting.
Sport
3 months ago

Cricket SA (CSA) held their first annual general meeting since the new majority independent board was constituted in June and has reported a R221m ...
Sport
3 months ago

Proteas top order batter Aiden Markram is hopinglessons from his short Indian Premier League stint with the Punjab Kings will be valuable for him and ...
Sport
3 months ago

Former Proteas stalwarts Makhaya Ntini and Robin Peterson have shared contrasting views on what to expect from SA at the ICC T20 World Cup in the ...
Sport
3 months ago