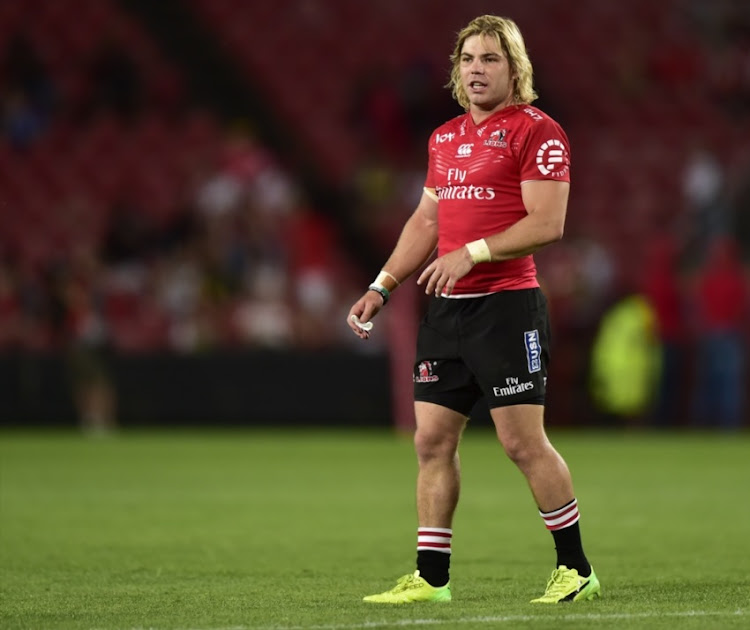 Lions' scrumhalf Faf de Klerk has done everything but sulk in the corner.
Image: GALLO IMAGES

His job has changed slightly‚ but Faf de Klerk has entirely warmed to the task of stepping off the bench and upping the ante.

Earlier this season he lost his starting spot to Ross Cronjé‚ as well as his place in the Bok squad‚ but the departing Lions' scrumhalf has done everything but sulk in the corner.

While Cronjé has exuded calm‚ clear‚ clutter free decision making and execution‚ De Kerk has stepped off the bench and upped the tempo.

He feels the lungs of the Crusaders‚ whom the Lions meet in Saturday's Super Rugby final‚ will have to be exposed to the same blow torch.

“In terms of how we approach them‚ we'll probably want to chase up the tempo of the game. Get their lungs to work overtime‚” said De Kerk.

He believes the Hurricanes‚ whom they vanquished in the semi-finals and the Crusaders are cut from the same cloth‚ with distinguishable differences.

“They have a similar attacking mindset but the Crusaders will probably kick more‚” predicted De Klerk.

It is to his credit that De Klerk who is set to join Sale Sharks in England on a multi-million Rand contract after Super Rugby‚ has not retreated into obscurity this season.

“A lot of players have to go through it‚” he said about coming on as a substitute.

“For me the important thing is to have the same mindset whether I start or come off the bench.

"Your playing partner who starts can get injured in the first minute. The big difference for me is to try and make an impact irrespective how long I play.

“If you are 10 points behind or 10 ahead you have to decide whether your team needs more energy‚ or more calm.

"You just have to be in the game. For us‚ the more energy there is‚ the better we play. My plan usually is getting the forwards on the front foot and the backs away.”

The Lions needed some rearguard action in their quarter-final against the Sharks‚ before pulling a Lazarus-like kick-the-coffin-open stunt against the Hurricanes in the semis.

“The Sharks game was perhaps a good thing. Not that we needed a wake up but it did restore our fighting spirit.

“Last weekend the Hurricanes nobody stressed and we stayed focused. At half-time the coach told us to view the scoreboard as nil-nil.”

De Klerk‚ along with coach Johan Ackermann will be involved in their last game for the Lions.

The emotions have already started building up.

“Last week was quite emotional for me. The Lions have a wonderful environment. I would want to come back here.

“I'll definitely go out with the intention of enjoying my last game. I'll have a sore heart‚ so it will be emotional for me. I just have to make sure my head is in the right place.”

He's excited about the new challenge at Sale.

“They are going into a phase where they want to turn things around. It will be a great time to arrive there.

“Playing with James O'Connor will be exciting. I think he plays a lot like Elton (Jantjies). He's not scared to try things.”

First though the Lions have to go one better than last year.

“We had a chance last year but it was a little tough over there.

"Everything is in our favour this weekend. It is very exciting that the stadium is sold out. We just want to make the supporters proud.” - TimesLIVE