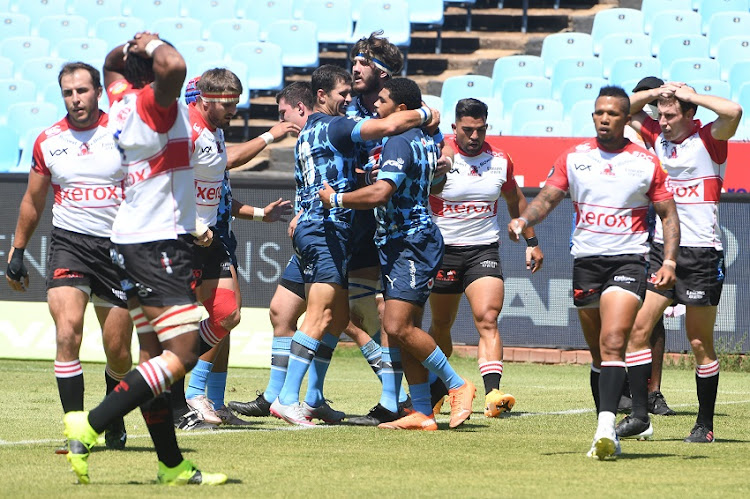 In the end, the Bulls did enough to squeeze out a good outcome from an uninspiring performance.

A place in the final of the Currie Cup here at Loftus next weekend has been secured after they beat the Lions 26-21 on Saturday in the first semifinal but coach Jake White will know better than anyone that they must improve significantly if they are going to be crowned champions.

Under the blistering Saturday afternoon heat in Pretoria, these bitter rivals produced a low key affair that will not be mentioned in the same breath as some of the classics of the past.

In the build-up, White said he didn’t know what type of match is going to come out of Loftus because both teams have not played competitive rugby in more than two weeks due to complications because of Covid-19.

The Lions will generously press their bench into action in Saturday's Currie Cup semifinal against the Blue Bulls at Loftus.
Sport
1 year ago

His fears were confirmed as the game lacked the intensity and brutality often associated with high stake clashes between rivals but he won’t care much because his team is in the final.

The Bulls also benefited from their experienced players like Cornal Hendricks, captain Duane Vermeulen, Trevor Nyakane and Lizo Gqoboka who were able to manage the game.

Lions coach Ivan van Rooyen and his captain Elton Jantjies will rue the fact that they failed to score during the first half and allowed the Bulls to pull away in the second half.

The Lions came back from the break with more intent with two quick tries from Willem Alberts and Wandisile Simelane but they could not keep the momentum in the game.

The Bulls came into this match with a 100% record here at Loftus this season and they also enjoyed recent dominance over the Lions, having beaten them in their meetings this season.

In Super Rugby Unlocked, the Bulls defeated the Lions 30-25 at Ellis Park and they came out on top again with a 22-15 win in Pretoria that earned them a home Currie Cup semifinal.

The Bulls got the scoreboard ticking after ten minutes when left winger Stavino Jacobs touched down next to the far side corner flag as the home side benefited from their spell of pressure on the Lions.

Lions don't want to be left wondering about ‘what ifs’

Given what transpired in their last two clashes with the Blue Bulls‚ Lions coach Ivan van Rooyen has called on his team to be brave in Saturday's ...
Sport
1 year ago

For the opening try that was not converted, vastly experienced flyhalf Morné Steyn played the ball into an empty gap after a few phases and the bounce of the ball favoured Jacobs who did the rest.

The Lions reacted quickly after they conceded the first try from Jacobs and they found themselves in Bulls territory but they were twice turned over from promising try scoring positions.

Bulls stretched their lead further on the half-hour mark when Steyn found the middle of the poles from a penalty after the Lions were penalised by referee Rasta Rasivhenge for a handling error.

Steyn successfully put away his second penalty kick of the afternoon on the stroke of half time to ensure that the Bulls went to the break leading by 11 unanswered points but still with lots of work to do.

In between the points that were scored by Jacobs and Steyn in the first half, the two teams attacked each other on occasions but they were let down by enforced errors which prevented a free-flowing game and more points.

Steyn was at it again shortly after the restart as he found the middle of the poles to stretch the Bulls’ lead but Willem Alberts immediately reduced the deficit with the Lions’ first try of the afternoon that was converted by Jantjies.

Out of nowhere, the match was even-stevens as the Lions scored their second try from the effort of centre Wandisile Simelane that was converted by Jantjies to leave the contest wide open.

Jantjies and Swanepoel punish visitors on Highveld
Sport
1 year ago

It was not long before the home side re-established their lead through Johan Grobbelaar after the half-hour mark when he touched down after a powerful driving maul.

Then, Stavino registered his second try of the afternoon to take the game out of reach of the Lions who missed out on a place in the final.

South Africa’s Test players must have at least 400 minutes of game time under their belts before they face the British and Irish Lions later this ...
Sport
1 year ago

South Africa are open to "all options" to play the British & Irish Lions and are willing to travel to the United Kingdom to make sure the series goes ...
Sport
1 year ago

SA’s director of rugby Rassie Erasmus has raced to defend the integrity of the Currie Cup after the standard of play in the tournament was questioned ...
Sport
1 year ago