Hearing clears Wiese, but he’s already sidelined for Boks vs All Blacks 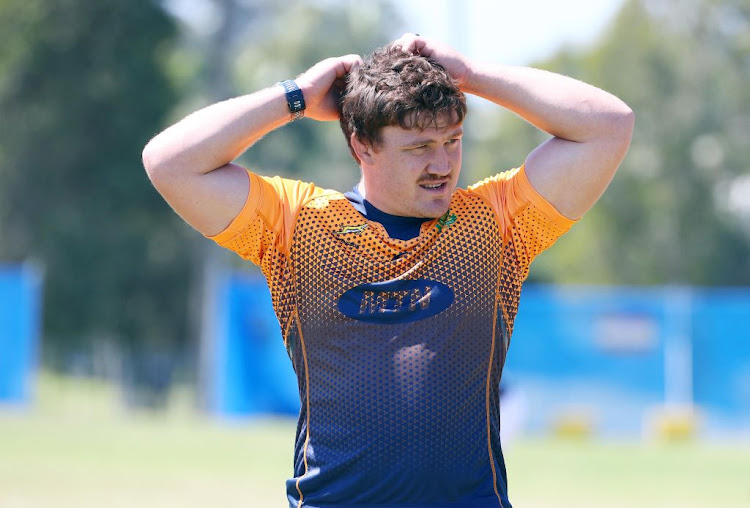 Springbok loose forward Jasper Wiese escaped further sanction for the dangerous ruck clean-out that saw him yellow-carded in the weekend's 30-17 defeat to Australia in Brisbane.

A Sanzaar judicial hearing on Tuesday ruled that the citing commissioner was incorrect in his assessment that Wiese's actions posed a high degree of danger for the Australian player.

The decision will come as cold comfort for the burly loose forward who was left out of the Springbok team for Saturday's 100th Test against the All Blacks in Townsville.

“For reasons not in our control, it could only happen tonight [Tuesday]. So he was not up for selection,” explained Bok coach Jacques Nienaber.

The coach said citing cases are usually dealt with within a predetermined time frame but in this instance the hearing could not be held on Monday as was originally intended.

The knock-on effect was that the Boks could not include Wiese in their team for Saturday, as they would run the risk of then having to withdraw him had the panel felt further sanction was appropriate.

In the end they opted to include Kwagga Smith in the starting team with Franco Mostert dropping to the substitutes, while also doing away with the Bomb Squad in Wiese's absence on the bench. It meant the Boks had the scope to include three backs on the bench rather than two, in Herschel Jantjies, namesake Elton, and Frans Steyn.

Hooker Bongi Mbonambi says SA have pinpointed where they fell short in the demoralising 30-17 defeat by Australia this past weekend and are ...
Sport
2 months ago

Wiese, though, has to sit out despite the favourable ruling that partly contradicted the citing commissioner.

“The evidence and submissions on behalf of the player, together with surrounding circumstances, satisfied the committee that the citing commissioner was not correct to find there was a high degree of danger involved,” Sanzaar said in a statement.

“While the Australian player was vulnerable, the contact with the head was not intentional or highly reckless. Wiese was shown to be grabbing for the ball rather than targeting the head of the Australian player. The low force, modest speed, indirect contact and the turning motion used by Wiese, meant that the situation was not a highly dangerous one [when compared to the World Rugby examples].”

It would perhaps be useful if rugby reached some uniformity on what is deemed dangerous.

“The Australian player was completely uninjured and his statement suggested the contact looked more serious than it was,” the statement continued. “There was no adverse reaction by any of the players to the conduct. The referee was in a very good position to see the actions of Wiese.

Springboks looking to refresh Rugby Championship campaign against the All Blacks

Springbok assistant coach Deon Davids says the defence will be in the spotlight when they face the rampant All Blacks in the Rugby Championship in ...
Sport
2 months ago

All Blacks prepare for Springbok heat in 100th Test

All Blacks forwards coach John Plumtree is expecting a “titanic” battle up front when New Zealand and South Africa meet in their 100th test match in ...
Sport
2 months ago