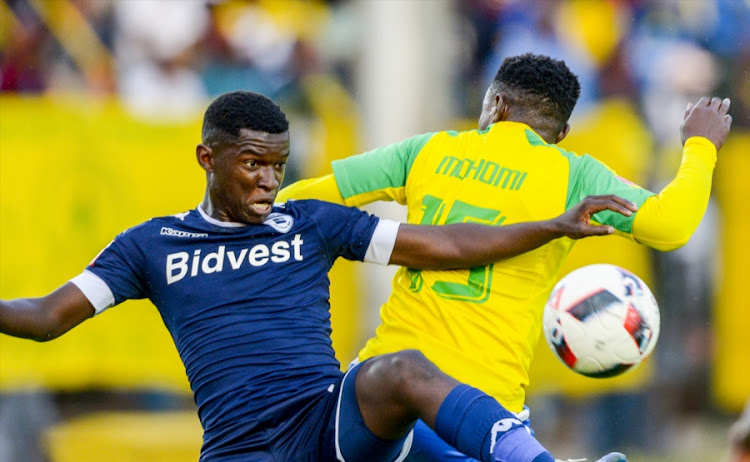 Sifiso Myeni of Wits and Lucky Mohomi of Mamelodi Sundowns during the Absa Premiership match between Bidvest Wits and Mamelodi Sundowns. at Bidvest Stadium on May 01, 2017 in Johannesburg, South Africa.
Image: Sydney Seshibedi/Gallo Images

Sifiso Myeni is being loaned for a season to SuperSport United.

Phakamani Mahlambi‚ as had been speculated earlier on Thursday’s deadline day of the transfer window‚ will not be loaned by Wits to Mamelodi Sundowns.

However there remains a “very interesting” offer on the table for the tearaway 19-year-old forward to move overseas that is not bound by the PSL’s transfer window‚ TimesLIVE has learnt.

SA Under-23 international Mahlambi has been linked to Al Ahly‚ where the Egyptian transfer window ends on September 14‚ in two weeks’ time.

The winger was signed by Wits from Orlando Pirates at the start of last season‚ playing 19 league games in 2016-17.

Bongani Zungu's agent was "racing against the clock" to conclude the paperwork and agree personal terms for the Bafana Bafana midfielder to sign for ...
Sport
4 years ago