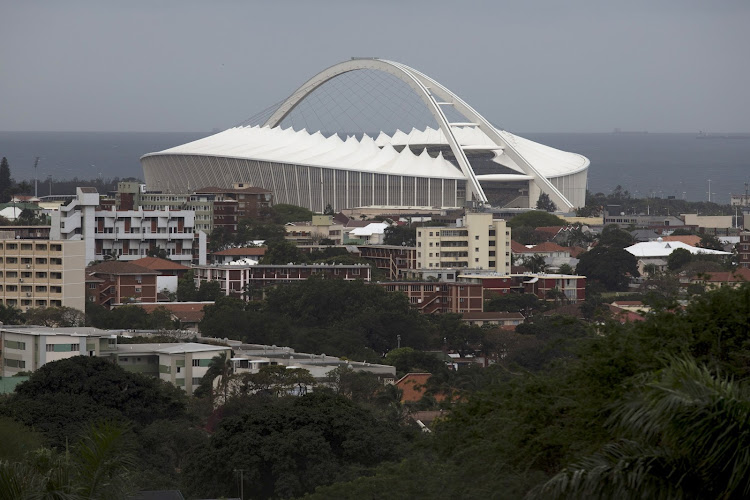 The Premier Soccer League (PSL) announced on Thursday that Moses Mabhida Stadium will host the MTN8 final between Cape Town City and Supersport United on October 14.

It remains to seem how fans in other parts of the country will take the decision as several high profile matches‚ including cup finals and even Bafana Bafana matches‚ have been taken to the Durban Stadium in the last 12 months alone.

City boss John Comitis said this week they would not be prepared to travel further than Supersport to get to the stadium chosen to host the trophy-deciding game and it remains to be seen if he will accept the choice of venue.

“One thing I have made very clear right from the outset is that if I get onto a flight to a stadium‚ SuperSport better be getting onto a flight too‚ to get to the same stadium‚” Comitis said.

Lebohang Maboe one of the shining lights at Maritzburg United

Those closely associated with Maritzburg United shouldn’t have much to complain about regarding their start to the 2017/18 league campaign.
Sport
4 years ago

Wits are at their wits’ end.
Sport
4 years ago

It is not pretty for league champions when, in an already a difficult start to their season, they are bossed for much of a game at home by a team ...
Sport
4 years ago