SAFA suspends match officials for poor officiating in the PSL 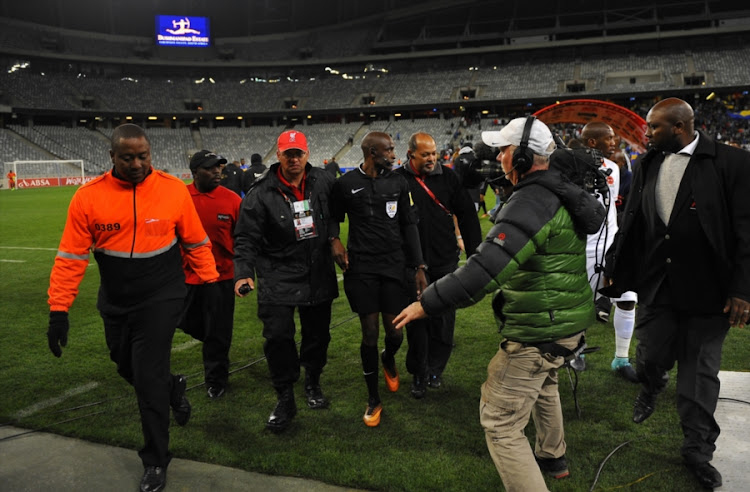 Safa said that Muvhali and Jafta were suspended because of their poor officiating of that match which City won 1-0 and they are ineligible to handle any game within the NSL structures between October and December 2017.

Safa senior referees manager Ian McLeod said the severe punishment was warranted considering the amount of negative publicity the whole scenario had hogged as a result of the two’s poor performance.

“This type of performance must not re-occur at any level in the future‚” said McLeod adding that the two officials accepted the outcome.

Safa chair of the Technical Committee Natasha Tsichlas added that: “We needed to act swiftly and decisively in order to send a strong message to all match officials that such below par performances are unacceptable and measures will be taken against match officials who perform poorly.”

On resumption of their official duties next year‚ Muvhali and Jafta will officiate in National First Division (NFD) matches and a senior match commissioner will be assigned to all of their matches to monitor them for at least four weeks.

Officiating in any PSL fixture will only be considered thereafter provided the two achieve satisfactory results in respect of those assignments afforded during the four week period under review.

Today is d-day for South Africans to vote for the stunning overhead kick goal of Baroka FC goalkeeper Oscarine Masuluke which has been nominated for ...
Sport
4 years ago

Maritzburg United players were told the shock news of the death of team-mate Mondli Dlamini at a meeting on Monday morning and immediately given the ...
Sport
4 years ago

Jubilation in Egypt after first World Cup berth in 28 years

Egypt's capital crackled with fireworks and blared with horns as the soccer-crazy country reached the World Cup for the first time in 28 years as ...
Sport
4 years ago