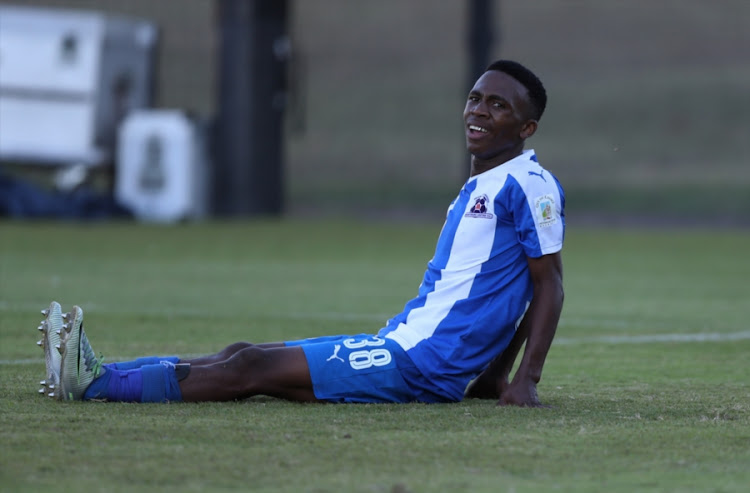 Royal Eagles midfielder Happy Takalani Mashau was the driver of the car that crashed on Sunday and killed his former Maritzburg United teammate Mlondi Dlamini‚ but he escaped with barely a scratch‚ TimesLIVE learnt on Tuesday.

Mashau’s club have kept a stony silence and Maritzburg United have also not confirmed the identity of the two other people involved in the accident near Cato Ridge in the early hours of Sunday as the footballers were returning from Durban to Pietermaritzburg.

But sources have confirmed that Mashau was driving the Toyota Yaris that lost sudden control.

The front seat passenger‚ Khabisang Mabula‚ is in hospital but without life threatening injuries. He is a former Bidvest Wits academy member and had been on trial at Maritzburg.

Dlamini had been sitting on the back seat of the car and was declared dead at the scene‚ reliable sources said.

Mashau‚ 24‚ had been on the books of Maritzburg last season but was released at the end of the campaign‚ and signed for Royal Eagles where he has started four games.

The 20-year-old Dlamini‚ born in Howick‚ started three games for Maritzburg late last season after he emerged through their junior ranks‚ debuting in April against Chippa.

A calf injury in pre-season training meant he had not seen any action this season.

“We are extremely sad about the loss of Mlondi‚ an exciting young player with enormous potential‚” United chairman Farook Kadodia was quoted as saying on the club’s website.

“He had been nurtured by the club and brought through our development ranks‚ having been with the club for about five years‚ during which time we represented South Africa in the U20 side.

“His passing has shocked the entire squad and the players and staff are battling to deal with the news. We believed Mlondi was a player with a lot of potential who we had expected to see coming into our PSL side and continuing to play for the national team.”

The promising young midfielder had been with Maritzburg for five years after being scouted from the Umgungundlovu Academy‚ and signed his first professional contract in July 2016.

Dlamini was one of the nominees for the reserve league MultiChoice Diski Challenge’s player of the season award in the last campaign.

Maritzburg players were yesterday given two days off as they dealt with the sock of the death of yet another teammate.

It is just over 18 months since Mondi Cele died in a car accident in January 2016 which hit the club hard. He had been driving back from Durban also.

No funeral details have been announced.

Maritzburg are set to resume their league campaign away to Chippa United at the Nelson Mandela Bay Stadium in Port Elizabeth.

The memorial details released on Tuesday by the club are for AF Wood Hall‚ 539 Boom Street in Pietermaritzburg at 5.30pm for 6pm on Thursday.

Maritzburg are set to resume their league campaign away to Chippa United at the Nelson Mandela Bay Stadium in Port Elizabeth.

Both Cape Town City and SuperSport United plan to arrive in Durban the day before the MTN8 final and will each have a practice at the Moses Mabhida ...
Sport
3 years ago

Bafana Bafana beat Burkina Faso in Saturday’s World Cup qualifier with a knife at their throats‚ said coach Stuart Baxter in reference to the public ...
Sport
3 years ago
Next Article