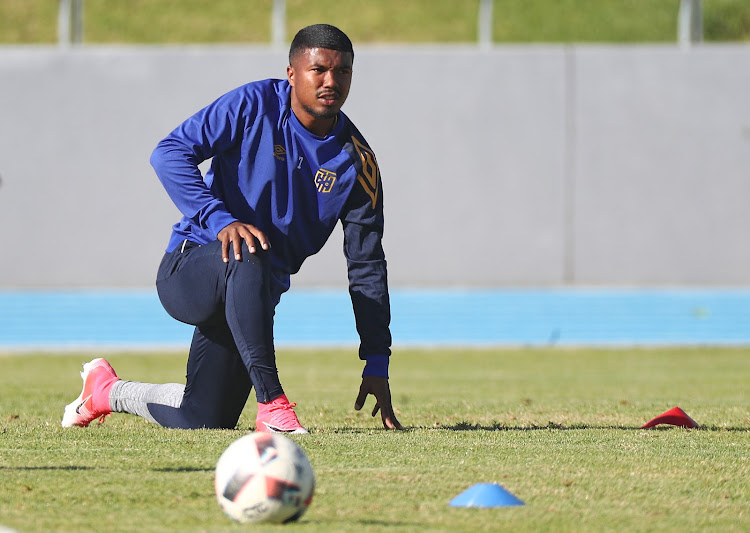 Cape Town City winger Lyle Lakay has extra motivation for winning the MTN8 final as victory will turn him into an instant hometown hero in Silvertown‚ Athlone.

A triumph in the R8 million Wafa Wafa cup would act as a belated homecoming celebration for the speedy dribbler.

Lakay returned home to the Mother City to join City in the off-season after spending six years with Bloemfontein Celtic.

City face SuperSport United in the final showdown at the Moses Mabhida Stadium on Saturday.

The Cape side are aiming for their second championship in their second year since formation after winning the Telkom Knockout last season.

Lakay (26) could make an immediate impact by bringing home the top eight title after only two months at his new club.

“Playing at home for my family and community is a different feeling to being at another club‚” Lakay said.

“Obviously I would love to put a smile on our fans faces here in Cape Town and do them proud. I know they will be supporting me and I wouldn’t want to let them down.

“I am enjoying my time at the team and it is evident from the way we started. I think everyone is having fun.”

City had a blistering start under coach Benni McCarthy‚ their 2017-18 season beginning with a five-match winning streak in all competitions.

Assessing his former employers SuperSport‚ where the winger started his career from 2009 to 2012‚ Lakay believes the Capetonians have more youthful exuberance than Matsatsantsa a Pitori.

“The thing with SuperSport is that they are well organised. Their team is almost set‚” he said.

“They have Jeremy Brockie up-front‚ they have Thuso (Phala) who is key and a good midfielder.

“It’s going to be interesting because we will go into this final motivated and confident.”

Lakay backed coach McCarthy to transmit his passion through to his players.

“It’s a good feeling to play for a coach who is hungry and also a proven winner willing to fight for his players.

“It works both ways – we also have to show that very same fight and vigour.

“He is only doing it to push you to become a better footballer. Each coach has their methods to get the best out of you.”

Iceland's soccer supporters were in raptures on Monday as they celebrated in the capital and across the country after the national team qualified for ...
Sport
4 years ago

Gogos get a health kick out of soccer

In a battle to stay fit and beat the effects of diabetes‚ arthritis and high blood pressure‚ pensioners aged between 60 to 80 in Imbali‚ ...
News
4 years ago