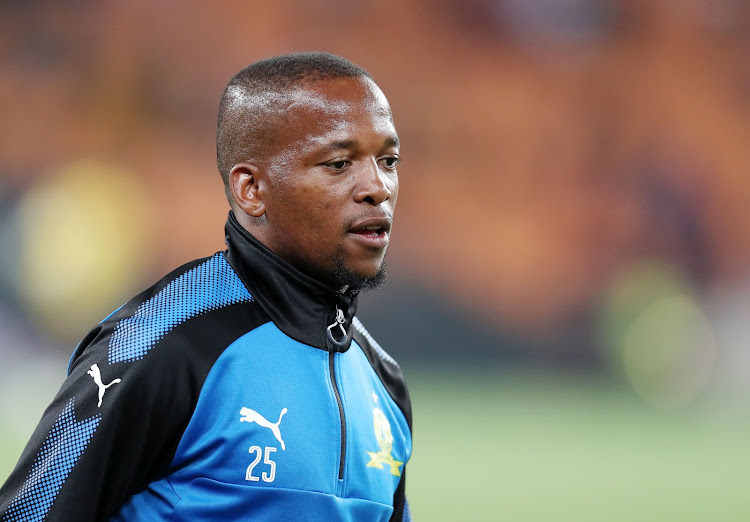 Mamelodi Sundowns winger Aubrey Ngoma believes a thorough video analysis of EC Bees‚ their opponents in the last 16 of the Nedbank Cup‚ will help in ensuring they progress to the quarterfinals of the competition.

“The homework becomes much more important‚” said Ngoma of the ABC Motsepe League campaigning team that has managed for the first time to reach the Last 16 of the Cup after being knocked out in the last 32 in the past two years.

“We have to get a video of their latest games to see who we are playing against.

"For them (Bees) they are motivated already because they are playing against the team they’re watching every day on TV.

“It’s always difficult to go on the field and you don’t know the type of players you’re up against. So we have to approach this game like we are playing any other PSL team.

“I think if we can get the mentality right and match them with an effort and commitment‚ we’ve got enough talent in the team to go through to the next round.”

In 2012 Sundowns made history when they beat Powerlines FC‚ another amateur team‚ with a record 24-0 in the same competition but Ngoma said they can’t go to Bees thinking they can just repeat that feat.

“You can’t take them lightly because they play in the third tier of SA football. We have to prepare like we play any other team in the PSL.

“Nedbank has produced some surprises in the past and we don’t want to be one of the surprises by going down to a team that is two divisions below us.

“We have to get our minds right from now on and be ready to play against a team that wants to prove a point. It’s going to be tough‚ it won’t be easy‚” said Ngoma.

While Sundowns had to brush aside Ubuntu Cape Town in Cape Town to get to the last 16‚ Bees face a mammoth task of traveling for the second time after beating their Limpopo counterparts‚ Mariveni United‚ 3-1 last Sunday.

Bees skipper George Gawe accepted that playing against Sundowns would be one of their greatest challenges since the King Williams Town-based amateur team was formed in 2013.

“We have to go there and enjoy ourselves‚” said Gawe.

“We didn’t expect to be drawn against Sundowns but our experience of playing against Orlando Pirates (they lost 3-1) in the last 32 last year will help us.

“It’s going to be a great exposure for us as players because after playing Pirates some of our teammates did get offers to some bigger teams.

"But it will be important for us as players to focus on playing as a team and leave other matters to the scouts.”

Kaizer Chiefs might have managed to get close to log leaders Mamelodi Sundowns in the race for the league title at the weekend but their lack of ...
Sport
4 years ago