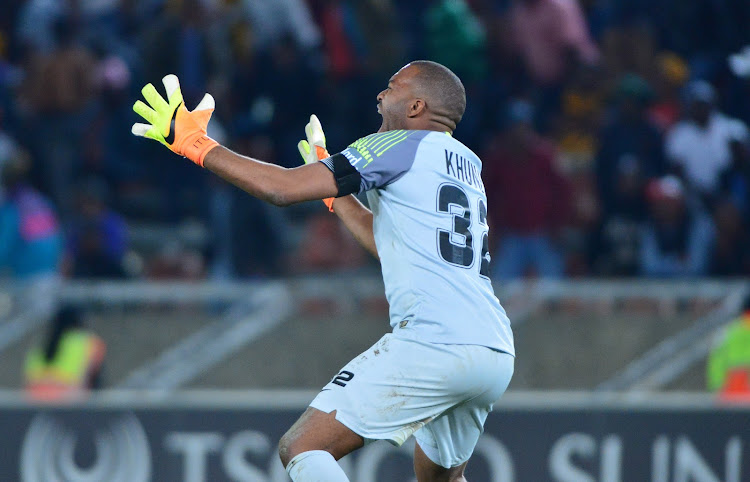 As Kaizer Chiefs lurch through an erratic and unconvincing start to the season‚ new coach Giovanni Solinas has complained that the Premier Soccer League schedule is “for robots not for human beings”.

Chiefs bounced downwards from a high on the weekend of a first win under Solinas – 3-0 against Free State Stars in the MTN8 quarterfinals at FNB Stadium – with a 1-1 Absa Premiership draw against Baroka FC at Peter Mokaba Stadium on Tuesday night.

It was not a defeat‚ but the manner of a flat draw was also not convincing.

A miscommunication between Daniel Cardoso and goalkeeper Itumeleng Khune resulted in the centreback heading in a 36th-minute own goal.

Even Siphiwe Tshabalala’s 44th-minute equaliser from a free-kick had doubts over whether the entire circumference of the ball crossed the line rebounding off the crossbar.

Before the game Solinas had made the point that Baroka‚ having not been in the MTN8 quarters on the weekend‚ had six days to prepare to Chiefs’ two.

“This calendar is for robots not for human beings. Today you play‚ then you travel‚” Solinas complained after Tuesday night’s draw.

“So we travelled for four hours [from Johannesburg to Polokwane]. We played on Saturday‚ no time for recovery‚ no time for training.

“It’s a big problem. But this is the schedule. We accept it and we try to give our best to win the game and to play well.”

Solinas felt Chiefs had tired in the second half against Baroka.

“We played well in the first half. We had the game under control‚” he said.

“Yes‚ it’s normal in the second half to take the hand off the game with a little bit of fatigue.

“Baroka had a big advantage because they didn’t play on Saturday. They are fresh.

“My players played on Saturday‚ travelled‚ had no time for recovery‚ no time for training. And then in the game we felt a little bit of fatigue.”

Solinas was asked if he has enough depth in his squad to contend with a heavy programme.

“Yes‚ but the problem is that you can’t change players too much because you lose the shape‚ you lose the confidence‚” he said.

“You can change three or four players. But you can’t change too much because‚ as you know‚ we also have players not in top physical condition.

“So we need to improve the fitness.”

Chiefs started with an encouraging 1-1 league draw away against Mamelodi Sundowns‚ then lost 3-1 at home to Bidvest Wits before beating Stars in the MTN8.

Amakhosi go back on the road again to meet Maritzburg United at Harry Gwala Stadium next on Friday night.

More protection for players from crunching tackles is what the Premier Soccer League needs from its referees‚ says Cape Town City coach Benni ...
Sport
4 years ago